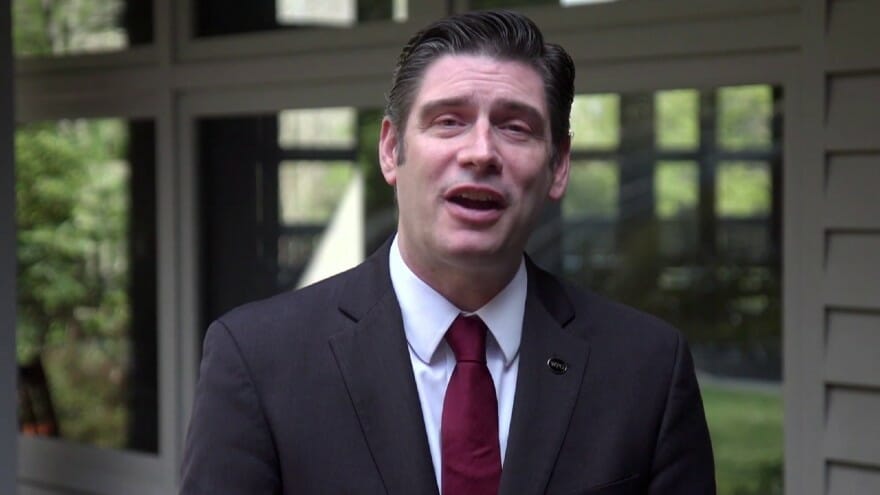 Will Graham is the third generation from the Graham family of preachers. Likewise, he is the eldest son of evangelist Franklin Graham. Additionally, he is the grandson of world-renowned American Evangelist Billy Graham. Will’s grandfather Billy is the founder of the Billy Graham Evangelistic Association.

In addition, Will is the executive director at his grandfather’s institution “Billy Graham Training Center “. He is also the associate evangelist and vice president at the Christian nonprofit organization “Billy Graham Evangelistic Association“. This organization is primarily dedicated to promoting multimedia Envaligism.

Will Graham as an Evangelist

Will started his ministry by preaching to the youth in Canada. Furthermore, his first evangelistic crusade took place in Leduc, Alberta, in 2006. The evangelist embarked on his first evangelistic crusade in the United States, particularly in Gastonia, North Carolina. Since then, Franklin Graham’s son Will has expanded his ministry to Asia, India, Australia, North America, and South America.

Similarly, since beginning his evangelistic ministry with youth-oriented, one-day events in Canada, Will has spoken to audiences across North and South America, Australia, India, and other parts of Asia.

Moreover, Will is the executive director of the Billy Graham Training Center, where they conduct seminars and lectures. They also invite other renowned evangelists to preach at their events and conduct seminars.

The wife of Will Graham is Kendra Graham. She is a registered nurse specializing in labor and delivery. At the same time, Kendra Graham also participates in Will Graham’s ministry as a motivational speaker. Her motivational talks are primarily targeted towards women. Kendra also conducts bible studies for women.

Will and Kendra have three kids together. Their son, William Franklin V, is named after his father and grandfathers. The only boy in the brood is fondly called Quinn by his family and friends. The couple has two other daughters named Rachel Austin and Christine Jane.

Will Graham Net Worth

The net worth of Will Graham as of 2021 is $5 million. His source of income is primarily from his work as an evangelist. He also earns a substantial salary from his position as executive director at the Billy Graham Training Center.

Will was born on January 30, 1975, making him 46 years old as of today. His birthplace is Longmont, Colorado. He is the eldest son of renowned evangelists Franklin and Jane Graham. Will and his three other siblings were raised in the mountains of Boone in North Carolina. They lived in a farmhouse.

Will attended high school at the Watauga High School. Then he took a bachelor of science in religion at Liberty University. Later on, for his further education, Bill Graham’s grandson joined Wake Forest University in North Carolina.

From that university, Will received his master’s degree at the Southeastern Baptist Theological Seminary. Will finished two doctorate degrees at Trinity College and Toccoa Falls College.

Career as an Evangelist

Will started his evangelical ministry in 2006. He has reached six continents in his mission to spread the word of God. However, because of the pandemic, he could no longer conduct evangelical rallies. Will was forced to shift to virtual ministry.

He and his team created live stream events where they invited famous evangelical musicians and singers. Some of the artists that performed on his live streams are The Afters, Aaron Shust, and Crowder. Will was able to reach a wider audience with his virtual ministry. They have successfully reached thousands of believers from over 75 countries all over the world.

In 2018, Will took part in a film project where he portrayed the role of Billy, his grandfather. The name of the movie was Unbroken: Path to Redemption. The Universal Studios movie was about the life of Louis Zamperini, a World War II hero and famous Olympian.

Will released his first book entitled Redeemed: Devotions for a Longing Soul. The book is about the benefits of having a close relationship with God. It also features some stories about the ministry and life of his grandfather. The book also talks about Will’s experiences as an evangelical minister.