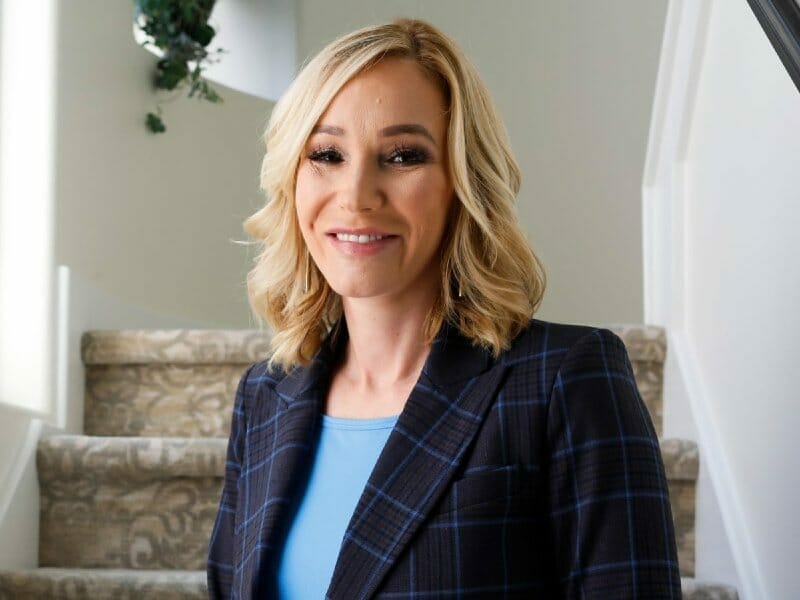 During Donald Trump’s presidential inauguration ceremony in 2017, Paula White became a name recognized by thousands of people. White was the one who delivered the invocation speech, becoming the first woman clergy member ever to do so. Not only that, but many may recognize Paula as Donald Trump administration’s former evangelical advisory board to the Faith and Opportunity Initiative (FOI).

Being one of the prominent figures, Paula White has thousands of fans eager to learn about her personal life.

Who is Paula White?

Paula White, born Paula Michelle White, is an American whose date of birth falls on April 20, 1966. Before being known for her service at Trump’s administration, Paula became a preacher. Ever since developing her love for Christianity since her teenage days, Paula White has been relentless in spreading the gospel worldwide. Being a televangelist, thousands of people in America and around the world follow her.

Born in Tupelo, Mississippi, Paula had a rough childhood. She was the daughter of Donald Paul Furr III and Myra Joanelle, a craft and toy store owner. However, ever since her parents divorced, everything went downhill for Paula. After her parents’ separation, Paula lived with her mother in Memphis. But it was after her father’s untimely death due to suicide caused Paula, her mother, and her brother live in poverty.

Paula managed to survive her early days by living with an alcoholic mother and being sexually assaulted up to 13 years of age. It wasn’t until Paula’s mother remarried a United States Navy that their matters began to solve.

Paula got to complete her education at Maryland’s Seneca Valley High School. It was then and there; a nine-year-old Paula decided to convert to Christianity. Having spent days at the Damascus Church of God, Paula claims that she shared a vision from God. This led Paula to become a pastor in the future.

From 2014 to 2019, Paula served as a senior pastor in numerous churches. Likewise, Paula was formerly the co-founder and pastor of Tampa’s Without Walls International Church.

Paula White holds a fortune of $5 million as of 2021. A considerable part of her wealth comes from serving as God’s child and her best-selling books.

Paula is a multitalented woman who has various sources of income. We know that as a televangelist, Paula makes $67,585 a year. Likewise, as a former senior pastor, Paula has made almost $94,370 annually. But, above all else, Paula’s best source of income is her passive income, whereby she makes more than thousands of dollars thanks to her highest-selling books. One of her books is Something Greater which costs $11.99 and has sold over 500 copies.

One of the prominent pastors, Paula White, has had trouble settling down with someone. So far, Paula has been with three different husbands.

During Paula’s fragile teenage days, she became pregnant as soon as she converted to Christianity. It was by none other than Dean Knight, church father, and musician. Reports have it that Paula married Dean in 1985 at 19 years of age. However, Dean dumped Paula in 1989.

From Dean Knight, Paula had one son named Bradley Knight. Bradley is also a musician like his father, who was a Musical Director in Christ Church Nashville. Bradley later became the senior church leader in 2019.

Paula met her second husband while still being married to Dean Knight. Her second spouse was Randy White, a former Damascus Church of God associate pastor. After their initial meeting in 1987, Paula and Randy divorced their spouses and got together.

Randy White was a third-generation preacher. Randy and Paula tied the knot in 1990. Paula was head over heels for Randy and was also ready to mother Randy’s three children. Marrying Randy proved to be a success for Paula as the two built Without Walls International Church in Florida.

However, Paula and Randy walked separate ways on August 23, 2007, after completing 17 years of their marriage. Though divorced, Paula and her second spouse are still good friends.

Just three years after Paula’s second divorce, rumors began to develop surrounding Paula’s new affair. It was reported that Paula was dating another televangelist named Benny Hinn, who was also separated from his wife. A source claimed that the two were holding hands and walking out of the hotel in Rome. However, both denied having an affair but said that they were only friends.

Keeping the rumors aside, what we know for sure is that Paula is currently married to a musician named Jonathan Cain. It was during the end of 2014 that Cain announced his divorce from his second spouse. Soon after, Cain and Paula got engaged.

Reports have it that Paula and Cain were dating while he was still married. Regardless, Paula married Cain on April 27, 2015. Similarly, Paula also became the stepmother to Cain’s three children.