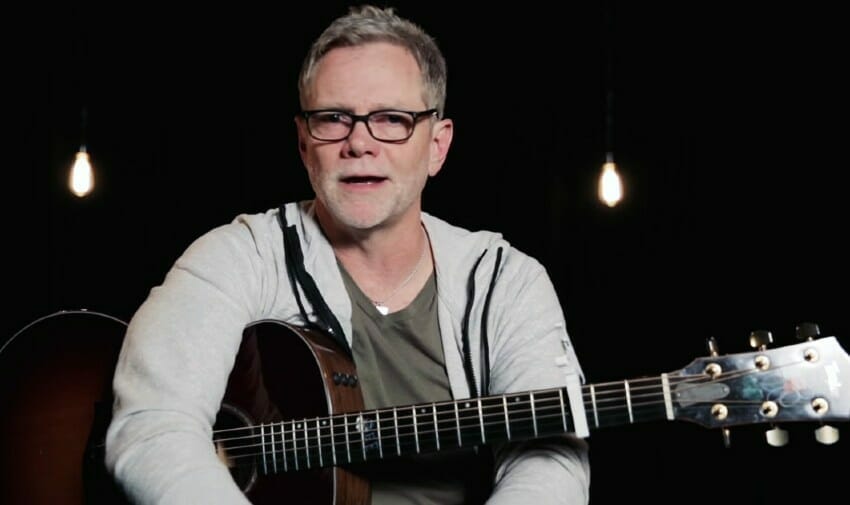 There is no one as good as Steven Curtis in making records and receiving awards. Steven Curtis Chapman is a Christian singer from America. To date, he holds the title of highest awarded singer/ songwriter in the history of GMA Dove awards. To top it off, the singer also has 11 Grammy awards in 2021. Until 2020, the artist has unleashed two dozen albums and has sold more than 20 million copies.

Following this article, you’ll receive all the information on the wife, children, and net worth of Steven Curtis. In addition, we’ll talk about the tragedy that God bestowed on the Christian family.

Steven and Mary tied wedding knots in October of 1984. They met for the first time at Anderson University. Mary Beth was a fresher, and they had an orientation program at the college. Steven was there to perform with his band that went by the name ‘Chapman Anderson.’ Furthermore, Steven had a weird hairstyle back then, with long hair in the back and short insides. Mary and her friends made fun of the band. However, after some days, Mary realized that she shared the same mailbox as Steven. They both shared the same surname as Mary’s maiden name was Chapman too. As a result, things heated up between the duo, and they started dating each other.

Mary went to college, assuring herself that she wouldn’t fall in love. However, just after a month, she and Steven were lovers. Steven thinks it’s all in god’s plan about who we meet and who we love. He further states that he has always asked god on how he can love his wife better. The couple showed many differences, but they knew they were made for each other. Now, they are married for nearly four decades.

Mary Beth Chapman is a blogger and author. She keeps a journal and writes blogs regularly on her official website. Her book Choosing to See is a bestseller in the NY Times. The author compiles her life journey, her humble experiences, and some insufferable tragedies in this book. In addition, Mary is a religious person who believes in the power of Christ. She regularly reads the bible and prays for her family. In 2021, the couple lives in Tennessee, America.

On May 21, 2008, a tragedy took place in the driveway of Steven Curtis’ home. His eldest son Will Franklin had come home from an audition.  As soon as Will’s SUV appeared, their Chinese-adopted daughter Maria ran towards the SUV. According to our reports, the duo was pretty close, and it was a tradition for Will to lift Maria to the monkey bars at home when they were playing. However, God had other plans that day. Will didn’t see the small child in the front of his tires and ran over her. As soon as the incident occurred, Will knew he had driven over something. He got out of the car only to find blood. Moreover, Will tried to run from the spot, confused and afraid, but his younger brother took hold of him, assuring everything would be all right.

From Steven’s perspective, he was a witness to the tragic incident. His three daughters played in the front yard when he saw Will’s car approach the front gate. Steven mentioned that Will was driving in full consciousness and slowly. However, his little daughter was too small and quick for any of them to react. Steven was baffled and afraid. He was befuddled after seeing all the blood. They rushed Maria to the Nashville Children Hospital in a Helicopter. But the blood loss and injuries took their toll. As a result, the doctors pronounced the little girl dead.

Steven and Family’s Recovery After the Tragedy

A reporter asked Steven if he was mad at God or lost his faith. However, Steven told him that he never questioned his faith. The loss was too tragic for him to bear, but he always had god by his side. The family built ‘Maria’s house of hope’ to remember the deceased. Furthermore, the children received counsel from therapists to recover from the incident.

Steven and Mary have six children in total. However, they adopted three among them. Will, Caleb, and Emily are their own children. Shoshannah, Stevey, and Maria are three little girls they adopted from China.

The net worth of Steven Curtis in 2021 is approximately $90 million. Steven is arguably the best Christian artist of all time. His albums live shows, and royalties from his music helped him build this fortune.