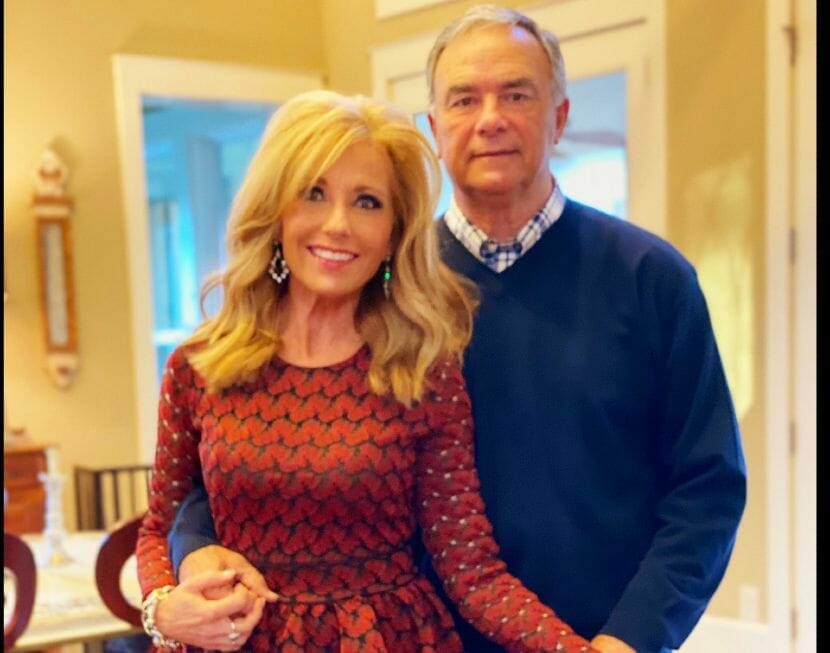 The world has come to know about one of the famous evangelists in the name of Beth Moore. Though a controversial figure who claims to have felt the connection with God, Beth has an incredible number of followers who love her teaching methods.

Beth Moore is a graduate with credentials in politics from her hometown of Texas. Likewise, she holds an honorary doctorate from Gordon College and Howard Payne University.

Though a non-theological graduate, Beth has dedicated her life to preaching Christianity and founded her ministry. Loved by the thousands worldwide, Beth has also had the misfortune of withstanding criticisms throughout her life. Nonetheless, Beth lives a serene life with her husband and children and is worth millions in 2021.

Beth Moore is a Christian Evangelist

Beth Moore has caught worldwide attention thanks to her commitment to Christianity. She boasts a great deal about Christian religion that anyone wishes to follow Christ’s path. The impressive thing about Beth is that she has been preaching since 18 years of age when she committed her soul to Christian ministry.

During her school days, Beth picked up an interest in the Bible. From a young age, Beth attended biblical doctrine classes to get knowledge about God’s plan. Not only did she mastered the teachings, but Beth also began sharing this knowledge with everyone through weekly lessons. Initially, she taught fewer people and soon taught more than 2,000 women.

Soon, Beth saw herself speaking with the mass at churches and clearing any doubt that one may have had regarding Biblical knowledge. Beth could get her first article published in LifeWay Christian Resources despite lacking formal theological credentials, reaching thousands of consumers.

Beth has also held conferences worldwide before building her speaking ministry in the name of Living Proof Ministries that lets people worldwide follow the path of Christ. Her shows alone dragged 70,000 viewers from around the world in 2008.

Beth continued her evangelist work by teaching at Southern Baptist Convention for years as well.

As successful as Beth Moore is, she is equally lucky to get a caring husband by her side in every step of life. The American evangelist, Beth Moore, found the love of her life, Keith Moore, during the 70s. Though Keith can be seen attending events on and off camera with Beth, we know very little about this man. Keith prefers to keep his past a secret to everyone. However, some sources claim that Keith Moore is a retired plumber.

At the time of their initial meeting, Beth and Keith were in a relationship with other people. Moreover, Keith and Beth were engaged to their former partners. However, fate wanted the two Christians to be together.

Hence, Beth and Keith parted ways with their ex-partners and came close to each other.

As for their marriage, Beth tied the knot with Keith on December 30, 1978. The venue for Beth’s wedding was Baptist Church in Texas. Since then, Keith and Beth have lived together for over 40 years. Though there were times when Beth quarreled with her hubby, Beth and Keith’s marriage is still intact.

Together, Beth had two daughters with Keith. They are Amanda Moore and Melissa Moore. Beth has made sure to raise her young ones as Christians. As a result, Amanda and Melissa, faithful followers of Christ, work at a bible-based group known as Living Proof Ministries.

Beth’s first daughter was Amanda, who came to this world after nine months of Beth’s marriage. According to Beth, Amanda was the glue that kept her marriage with Keith strong during the initial days. As of now, Amanda is residing happily with her husband, Curtis Jones. Jones is also a firm Christian and a pastor by profession who serves at a church in Texas.

One of the Moore daughters who has been making the headlines is Beth’s second child, Melissa Moore. Melissa, who came to the limelight due to her mom, is well-known to the people. She is often present with her family’s Living Proof Ministries researching and writing meaningful content to share with everyone that brings them close to Jesus.

In Christianity, divorce is considered a sin. A sinful act took place in the Moore family when Melissa parted ways with her former husband. Previously, Melissa tied the knot with Colin Daniel Fitzpatrick. At the moment, reports about Melissa’s exact marriage date are under wraps. However, Melissa’s divorce papers are available everywhere on the internet.

It seems that Melissa parted ways with Fitzpatrick on July 17, 2013. The reason for Melissa’s divorce was due to a personal conflict with Fitzpatrick. Though heartbroken for sinning by divorcing, Melissa has pulled herself through and is living with her parents. Melissa did not share any child with Fitzpatrick.

Beth’s husband is not to be confused with Keith L. Moore of MOORE LIFE MINISTRIES. Beth’s husband, Keith Moore, came to the limelight after their marriage was made public. However, despite getting the media’s attention, Keith has kept his side of the story silent. Therefore, Keith Moore’s detailed information is scarce.

Moreover, Keith is not present on any social media. Though Beth often puts pictures of him on her Instagram, she never tags Keith. Reports claim Keith to be a retired plumber. Looking at Keith, he seems to be in his mid-60s. Regardless, we can see Keith attend various shows with his wife, promoting their books or ministries.

Beth and Keith jointly founded one ministry named Living Proof Ministries in 1995. The sole purpose of Beth and Moore’s ministry is to disseminate religious teachings to the world. Beth, with her experience, has done a brilliant job to make Living Proof Ministries a success. Beth shares the gospel teachings through various ways, including public engagements, mass speaking, Bible classes, tv and radio shows, videotapes, and books.

Through their official website, one can also browse Beth’s best-selling books, manuscripts, audios, and so much more.

Various sources show different net worth for Beth Moore. However, we know that Beth is a wealthy woman. An affluent individual like Beth Moore currently resides in her mansion of a house in Texas. They recently put their waterfront mansion with four bedrooms and a beach on sale for a price of $925,000. Hence, Beth’s fortune is expected to be around $10 – $15 million.

Not only that, but Beth owns two houses in Menard and Galveston, not to mention their three-story property for Living Proof in Houston.

Indeed, Beth has multiple sources of income through which she makes big money. Firstly, being an evangelist preacher, Beth makes an earning by religious and ministerial duties. Beth hosts numerous talk shows and radio shows from where she can achieve through royalty.

Being dedicated to God’s work since the age of 18, Beth has over 48 years of experience to this date. This is why Beth has been teaching in Christian ministries before opening her multimillionaire ministry called the Living Proof. Reports have it that Beth previously earned $38,600 a year. However, after becoming the co-founder and teacher at Living Proof, Beth’s salary surged and reached $250k. Similarly, the ministry gets $500k annually for honorariums.

Being the leading leader with thousands of followers is not always an easy task. Beth Moore was once put into question regarding her views on gays. Beth’s beliefs on homosexuality were not well received by her fans when she claimed homosexuality to be Satan’s deception.

There is no clear-cut answer in Bible to whether being gay is a sin. However, Beth’s eyes see it as a sin. According to Beth, the homosexual people she met have described being gay as obsessive, absorbing, and controlling.

At times like this, one of Beth’s followers, who struggled with a homosexual son, asked for advice regarding her situation. Beth never replied to this question, nor did she ever make her stance clear on the internet. Not just one, but soon, many struggling moms questioned Beth’s belief as she is often seen speaking against racism but never against homosexuality.

Not just that, but a fan wrote a letter to Beth asking direct questions on this topic. Beth is close with Hatmaker and Merritt, two homosexual Christian authors who believe being gay is a just thing to do in Christianity. So, a fan asked how she felt working with such people who have different views from her. Beth has not answered this letter.

How Old is Beth Moore?

Beth Moore has been a victim of numerous attacks from her critiques and the general public for misleading the people. Additionally, a playlist of videos is arranged for all the alleged wrongdoings that Beth may or may not have done.

Apart from the shamming of Trump supporters for speaking against his shameful treatment of women, Beth got criticisms for her unsound teaching methods. Some of the claims she makes are entirely absurd.

According to Beth, she claims to have heard God’s voice, received visions, direct messages with God, and of course, her ambiguous stance on homosexuality. Not only this, but the former South Baptist Convention pastor promoted misleading teachers like Christine Caine, Joel Osteen, and Joyce Meyer.

Due to these controversial reasons, people tagged Beth as a false teacher.