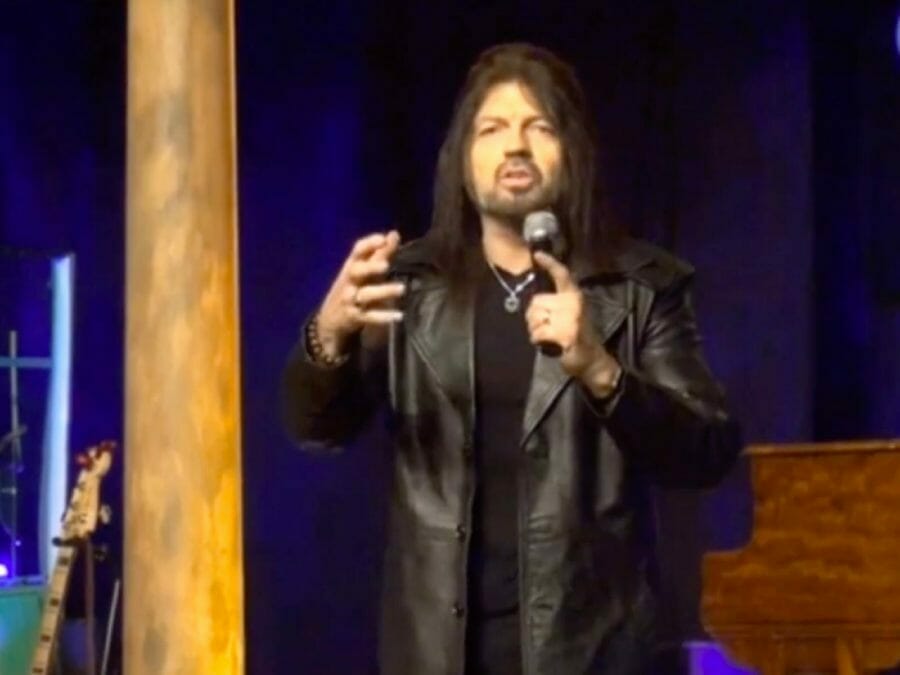 Traditional preaching often attracts mature individuals only. However, Robin Bullock is a master at attracting even the younger generations to follow Christianity. Whoever said that music is a great way to express oneself said it best. Through self-written songs coupled with Biblical scriptures, Robin has done well in entertainingly spreading the gospel.

Blessed with a religious wife and three children, Robin D. Bullock has genuinely made the holy spirit proud.

Who is Robin D. Bullock?

However, Robin had a rough upbringing as he constantly got bullied during his youth. This led Robin to join gangs, live aimlessly, and cultivate bad habits during his childhood. This was the sole reason why Robin felt he needed to change and took God’s help. Thanks to his sister, who played a gospel tape, Robin found his aim in life.

From then on, Robin accepted Bible and directed every other aimless youth like his former self to follow God’s teachings. Robin’s way of preaching is unique in that he does it through music, something that youths are gunning for. This was when Robin realized that the Holy Spirit wanted him to transition from the music business into ministry.

As of now, Robin has founded an extensive ministry known as Church International and Youth Force Ministries. Moreover, Robin and his wife founded a Biblical institute known as Over The Top Bible College, where there is an in-depth curriculum on Foundation, Revelation, and Consecration.

Ironically, Robin D. Bullock is married to his wife, who has the same name and profession. Bullock’s wife is Robin R. Bullock, where R stands for Rena. Previously, her real name used to be Robin Rena Youngblood. Robin R. Bullock, who lost her father and buried him in Youngblood Chapel Cemetery, shares two siblings: Roxanne Miranti and Danny Lamar.

Regardless, after marrying her husband, Robin has encountered much success in her life. Robin and Robin are known named Twice Robin, and this Bullock couple is an award-winning duo. Both Robins had legit inspirations in music, and this brought the two together.

How Did They Meet?

Before the Robins united as one, Robin Dale Bullock and Robin Rena Youngblood met for the first time in Blount County, Alabama’s hills in 1977. At the time of their youth, Robin and Robin played music and sang for different groups. However, fate brought the two not only in the same group but in life.

Reports say that Bullock and Youngblood wedded in a private wedding venue in 1979. Also, since the Robins tied the knot at such a young age, many doubted their relationship. To everyone’s surprise, Robin D. and Robin R. have remained a couple for more than 40 years.

The Robins know that in Christianity, it is a sin to divorce your loved one. Perhaps this fear of disappointing their lord was the driving force of keeping their marriage safe.

Who is Robin Rena Bullock?

Robin Rena hails from a Catholic family who had a family church named Youngblood Chapel. From the time Robin began talking, she began singing in her family church as well. At the age of three only, Robin gave her first stage performance by playing the piano.

Slowly, Robin began putting her unique rich voice to good usage. Her first singing performance was on the Grand Ole Opry. Since then, Robin Rena has walked the path of a successful singer and performed in several sold-out venues. Robin Rena’s voice is remarkably famous.

We know that Robin Bullock is a multitalented pastor whose earnings have improved significantly ever since founding his ministry. Though Robin has not revealed his wealth to the public, Millions Of Celebs reports that the Alabama pastor has a staggering net worth of $42 million as of 2021.

It is safe to say that Robin, the owner of multiple ministries and institutes, makes such a high living due to the profits. Though a good cause precedes most donations at Robin’s church, Robin earns good figures as a musician and college owner.

August 31 is the day Robin Bullock celebrates his birthday. However, the actual year of Robin D. Bullock’s birth is unknown. Reports suggest that Robin looks well over 45 and in his early 50s.