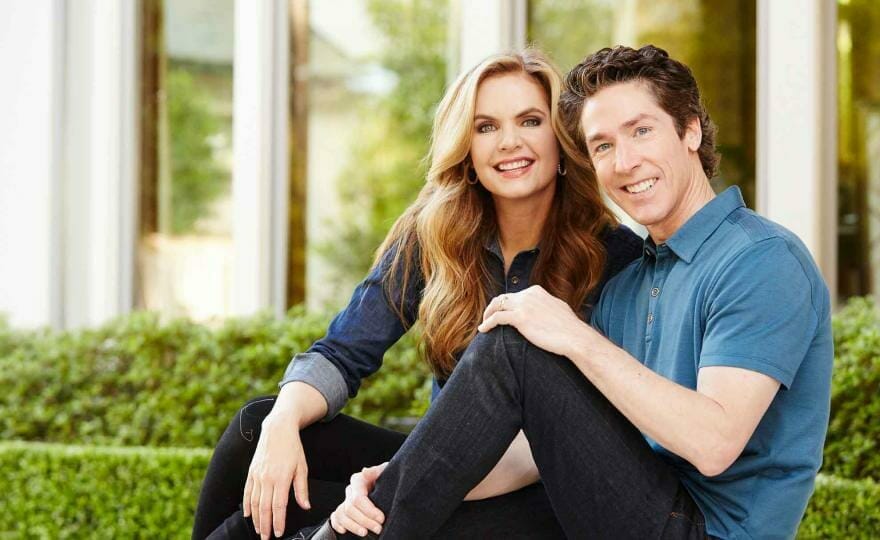 Joel Osteen is a television evangelist, pastor, and author from Houston, Texas. He is married to Victoria Osteen, a co-pastor at the Lakewood Church that was established by his father, John Osteen.

Joel Osteen and Victoria Osteen are Married Since 1987

Joel Osteen met his wife Victoria when she was still a college student in 1985. At that time, Victoria was a student at the University of Houston. She was studying psychology. While studying for her degree, she also worked at Iloff Jewelers that her mother owned. It was at the jewelry store that Joel met Victoria. He came in to have the batteries of his watch replaced.

Joel and wife Victoria Osteen got married two years later, in 1987. Victoria never got to finish her psychology degree. Joel and Victoria have two kids together. Their firstborn, Jonathan, was born on April 20, 1995. The young Osteen is a graduate of the University of Texas with a screenwriting degree. Jonathan has followed in his parents’ footsteps and preaches to the youth in their congregation.

The second child of Joel and Victoria is Alexandra. She was born on November 9, 1998. She is still studying at the University of Texas. In addition, she is also the singer of the LYA, the band that performs at her father’s church. The Osteen family now reside in a $10-million mansion in River Oaks, Houston.

The birth date of Victoria Osteen is March 28, 1961. This makes her 60 years old as of 2021. The wife of renowned evangelist Joel Osteen does not look her age. She appears to be younger than 60 years old. The mother of two has kept her body physically fit with regular workouts. She also takes good care of her skin which attributes to her beautiful complexion.

Victoria Osteen is a co-pastor at Lakewood Church, her husband’s congregation. She was born in Huntsville, Alabama. Her father, Donald Illoff, was a mathematician who was part of the General Electric Saturn rocket project. Her mother, Georgine, owned a jewelry store. In 1963, the Illoff family moved to Houston, Texas, after NASA hired her father.

Victoria grew up in a very religious Christian household. Her father Donald Illoff was a church deacon, while her mother Georgine was a Sunday school teacher. They attended the Church of Christ congregation.

As the wife of Joel Osteen, she assisted him in his ministry. In 2003, she created the Lakewood Church Women’s Ministry, where she is the co-pastor. Her sermons are broadcasted online and on Daystar Television Network.

The net worth of Victoria Osteen is $100 million. This is a combined fortune between Victoria and her husband, Joel Osteen. This income is primarily from their congregation Lakewood Church, the most prominent Protestant congregation in the United States. She serves as a co-pastor of the church, where she earns an annual salary of $200,000. In addition, Victoria also earns from her television and radio shows.  Her bestselling book in 2008 has also added to her fortune.

The Osteen also owns two prime real estate properties. The first home of the Osteens is worth $10.5 million. And it has six bedrooms, three elevators, a swimming pool, a pool house, and six bathrooms. Their second home is worth over $3 million. The property is located in Tanglewood, Houston.