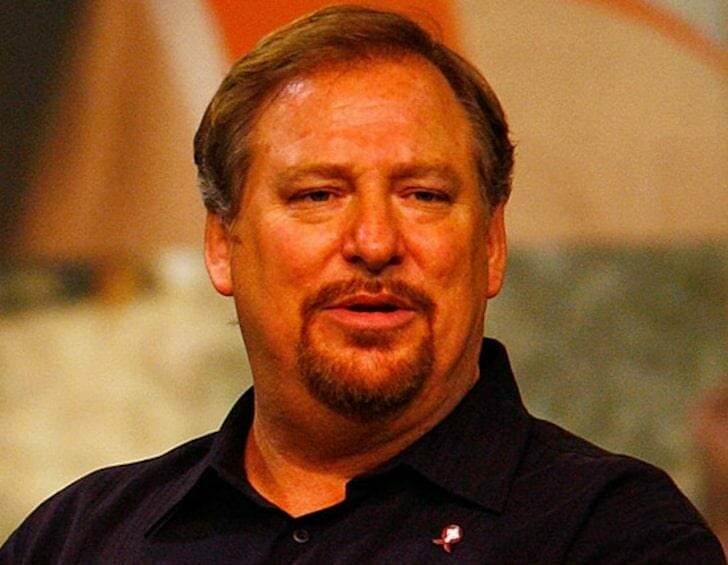 Who is Rick Warren?

Rick Warren started his career when he was still a 19-year-old collegiate at California Baptist University. He decided to join the ministry after hearing the preaching of W.A. Criswell in San Francisco. Later on, the young Rick studied at Southwestern Baptist Theological Seminary while working at the Texas Ranch for Christ. Warren also started his career as an author at this time.

In January 1980, Warren created a Bible study group at his condo in Saddleback Valley, Orange County. The group was made up of only seven individuals, plus his wife. By Easter Sunday of April 1980, Warren preached at his first service at Laguna Hills High School. Two hundred people attended it. Today, his church service has an attendance of 20,000 members per week.

Rick Warren is also an in-demand public speaker. He has received invitations to speak at the United Nations, the African Union, TED, the Kennedy School of Government at Harvard, the Time’s Global Health Summit, and the Council on Foreign Relations.

In 2008, Rick Warren hosted the Presidential Civil Forum attended by Barrack Obama and John McCain at the Saddleback Church. It was the first public appearance together of the Republican and Democratic candidates for the US presidency.

The net worth of Rick Warren as of 2021 is $25 million. His primary sources of income are his position as senior pastor at Saddleback Church and from the earnings of his best-selling book, The Purpose-Driven Life. Saddleback Church has over 20,000 members as of 2021, but Pastor Warren has declined from receiving his salary ever since his book became a worldwide sensation. His book, The Purpose-Driven Life, is the second book to have the most translated versions next to the Bible. It has topped the bestseller list of the prestigious New York Times for four years straight.

Despite his success as an author and a pastor of a big congregation, Warren has maintained a modest lifestyle. He lives in the house that he first bought 22 years ago. And he drives around in an old Ford. The unassuming pastor also makes it a point to keep only 10 percent of his earnings. Ninety percent of his earnings is donated to several foundations that he supports.

Rick Warren is Married to His Wife Kay Warren

Pastor Rick Warren married his wife Kay Warren on June 21, 1975. They are celebrating 46 years of marriage this 2021. Rick and Kay have three children who are all adults now. The names of their kids are Amy Warren Hilliker, Joshua Warren, and Matthew Warren. In addition, they also have four grandchildren that they absolutely adore.

The birth date of Elizabeth Kay Lewis or Kay Warren is February 9, 1954. Her birthplace is San Diego, California. The father of Kay Warren is Reverend B. Lavern, and her mother is Bobbie Lewis. She finished her college degree at California State University in 1976.

She is best known as the wife of celebrated author and pastor, Rick Warren. On the other hand, Kay is also an author, speaker, and preacher. She is also the co-founder of Saddleback Church which started as a Bible study group in Warren’s home. Today, Kay heads the Saddleback Church initiatives for HIV/AIDS prevention and orphan care. She and her husband Rick Warren conduct forums and summits to advocate the treatment and prevention of HIV/AIDS. They also support the care of orphaned children from all over the world. In 2016, Kay Warren was part of the 100 Most Influential People in Orange County.

Matthew Warren, the youngest son of Rick and Kay, had mental illness for his entire life. He was diagnosed with bipolar disorder, obsessive-compulsive disorder, depression, and borderline personality disorder. The youngest Warren had the best medical care, counseling, and support from his parents. However, Matthew sadly took his life on April 5, 2013. The mentally ill Matthew had always been suicidal for most of his life. And so, in a moment of weakness, he purchased a gun online and used it to shoot himself inside his home in Mission Viejo, California. Matthew was 27 years old at the time of his death.

One year after the tragic death of their son Matthew, Rick and Kay created the Hope For Mental Health Initiative. The couple aims to enlighten the church about their role in helping individuals who have a mental illness. They also wish to spread awareness of the importance of mental health. Kay Warren is a board member of the National Action Alliance for Suicide Prevention.