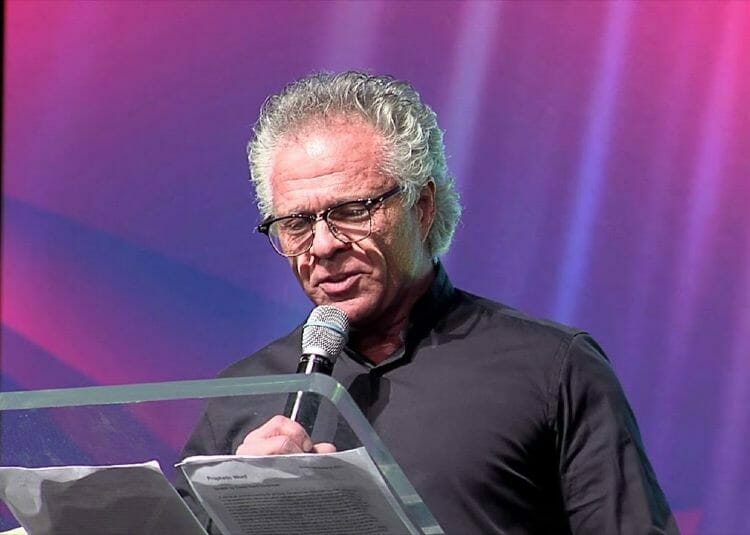 If someone could bring a new life to a person just through his speech, then Kent Christmas is the right guy. For a long time, Kent has been the driving force for encouraging people to walk the path of Christ.

However, Kent is also one of those controversial pastors who has been shammed for false prophecies. Moreover, this veteran evangelist has appeared under the news radar for several reasons.

Who is Kent Christmas?

Unlike other famous pastors, Kent’s details have not been covered by news experts. But by appearing in interviews, Kent has revealed tits and bits of information about himself. Kent was born to an army who raised him in Indian reservations. From a young age, Kent roamed around the churches and had to pray most of the time during the war. Living in chaos and seeing God’s miracle in creating positivity was when Kent got to realize God’s power.

According to him, Kent began preaching at the age of 17 after being baptized at nine. Since then, Kent has been preaching for over 50 years. During this period, Kent has set up his ministry after numerous failed attempts. Today, Kent not only preaches in and outside his church, but he also advises young and enthusiastic people on how they can start and stabilize their ministry.

For a long time, Kent was known to be married to his wife, Candy Christmas. The Christmas couple seemed almost inseparable, and both are the co-founding pastors of their Regeneration Nashville. Kent wedded the love of his life on August 17, 1987. For 25 years, Kent and Candy had a wonderful married life.

However, a recent rumor came to the light that Kent and Candy were splitting. Numerous websites are claiming Kent is divorcing his wife. However, nothing official announcement has been made regarding this matter from Kent or Candy. It seems that Kent and Candy’s marriage is only getting stronger.

Kent’s wife sent out a post on Facebook wishing Kent a happy birthday on June 21. Moreover, Candy added a caption saying how grateful she is to have Kent in her life and emphasizing that she loves Kent. This post indicates that Kent and Candy are still together and do not show any signs of splitting.

Additionally, Kent and Candy Christmas have pictures of themselves on the Regeneration Nashville website as the founding pastors.

Speaking of Candy, she is a professional singer of religious hymns. So far, Candy has released songs like Hymns Of Heaven: First Love, On the Other Side, Watch Over Me 2003, No Turning Back, Fully Alive, etc. Candy also sings in front of the mass at her church.

One of the reasons Kent has a huge fan following is due to his prophecies. The utterances that come out of Kent are more than enough to inspire anyone. Amid a troubled life, one always hears Kent and the blessings of God he passes to everyone.

For years, Kent has traveled to different churches, seminar halls, and stages to share his prophecy, which the holy God approves. One can find a plethora of Kent’s prophecies from his website and YouTube videos. Unlike other pastors, Kent’s predictions have come true most of the time. Recently, in 2020, Kent gave a prophetic word for 2020, saying that the Lord is opening the heavens for his faithful saints and offering them favors.

Initially, Kent Christmas started his ministry venture with the name The Resting Place. This ministry operated with little over two people and struggled a lot to attract more people. However, thanks to God’s blessings and Kent’s relentless effort to broaden Christianity, he ultimately succeeded and named his church Regeneration Nashville.

Through the Regeneration Nashville website, Kent gives out podcasts, videos, books, information on the new conference, etc. Kent’s church is not only for giving speeches as loudly as possible but to send out God’s blessings to every attendee.

Kent Christmas has not explicitly revealed information on his wealth. However, we know that Kent is a successful pastor with years of experience and makes $92,455 a year. Similarly, Kent’s church brings a decent profit every year, which is why it has been running for more than a decade. Kent Christmas is also a YouTuber with 37.5k subscribers who gets a decent amount of views on his videos. Lastly, Kent earns hefty royalty money by appearing in events and conferences.

Thus, by combining Kent’s multiple sources of income, it is expected that he has at least $1 million worth of fortune.