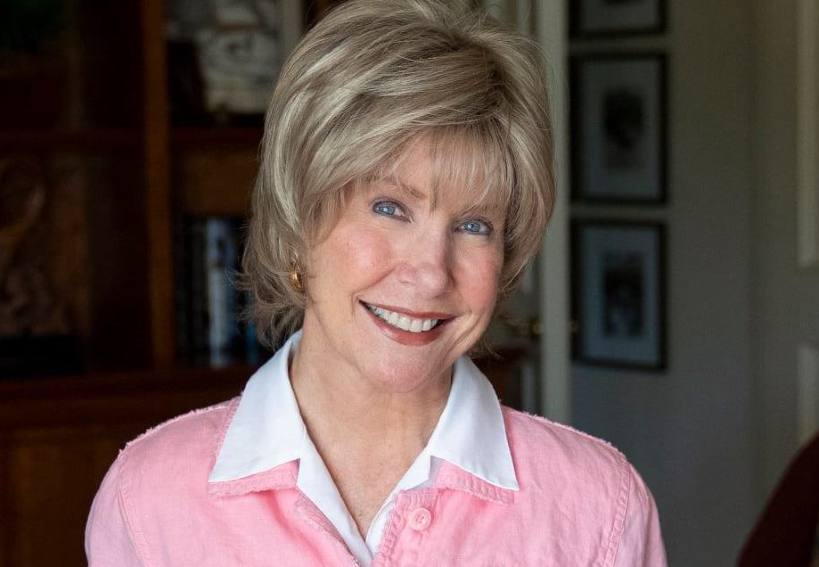 Joni Eareckson Tada was frustrated with God and questioned her faith when she met a diving accident that paralyzed everything below her shoulders for life. Today, she is a successful author, preacher, show host, and a millionaire.

Joni is an influential Christian personality. She is an author and evangelist. Known for her organization ‘Joni and Friends,’ Mrs. Tada is now on a mission to help all the disabled individuals across the world to achieve meaning and happiness in their life. She advocates for such people and leads an International Disability center together with her husband.

If you want to peek into Joni Eareckson’s career, net worth, children, and her husband, Ken Tada, then you have come to the right place. Let’s roll.

Joni Eareckson is a Christian Author/Evangelist

Joni was born on the 15th of October 1949 to parents John and Lindy Eareckson. She is a bestselling author and has a motivational personality. In 1967, after her tragic incident, she was kept in trauma rehab for two years. There, she learned to paint and write with her mouth. Most importantly, she learned to live with the disability that was now a part of her.

In 1976, the Christian author completed her debut book. It was an autobiography titled Joni that captured the chronicles of her life. The book spread like a forest fire, and the publishers translated it into 30 different languages. Furthermore, they also made a visual adaptation. The best part is Joni herself starred in the movie that she based on her life.

In 1978, she released another title A Step Further.  After all the success of her words, she wanted to do even more to inspire people worldwide. In 1979, the author founded the Christian Ministry organization ‘Joni and Friends.’ The organization’s main purpose was to promote faith and the word of the Bible in the disabled community.

After becoming a part of society, Joni felt disabled people needed god in their lives more than anyone else. Furthermore, Joni also started a short radio program titled ‘Joni and Friends Radio.’ The show broadcasted for four minutes on weekdays. In addition, she also founded another short radio show named ‘Diamonds in Dust.’ The audience received both shows with great appreciation. As a result, Joni claimed the award for ‘Radio program of the year’ in 2002 and 2011 for her shows, respectively. She also flaunts a lifetime achievement award by the evangelist group ‘ECPA.’

Somewhere around the early eighties, Ken Tada went to a Church on Sunday to listen to a boring sermon preacher. Amidst the prayers, he heard a voice behind his head that caught his attention. The voice belonged to his future wife, Joni Eareckson. After that incident, their stars began to cooperate. Ken met Joni on many occasions, and they had really meaningful conversations. And soon, Ken asked Joni out, to which she agreed. In an interview, Ken makes fun of the fact that he had to change her urine bags on the first date. However, nonchalant to her disability, Ken fell for the amazing woman that Joni was.  The couple engaged the same year they met. Moreover, they exchanged wedding rings in 1982 and now lead a successful marriage life for nearly four decades.

Ken Tada is a retired teacher by profession. His parents are Japanese immigrants, and they raised him in California. Ken’s dad wanted to make his son a businessman. However, Ken had other plans. He attended John BurroughHigh School and graduated in History. Furthermore, until 2003, Ken taught history to students in the same high school. After he retired from his day job, Ken started to help his wife with the organization. Today, he is the director for developing the ministries in the JAF organization.

Joni and Ken faced many roadblocks in their life and marriage. Ken went through depression, and Joni survived cancer twice. Furthermore, Ken admits that at one point, he felt trapped with his disabled wife. However, the couple believes in god and works out everything in their relationship by sharing how they feel and being honest. The couple lives in Calabasas in 2021.

Joni Eareckson does not share any children with her husband, Ken Tada. The couple seems content and happy with what they have.

In 2021, Joni Tada is estimated at about $2 million. Her career as a successful author, a motivational speaker, and a Christian leader built her a fortune. Furthermore, she is also an activist that fights for the advocacy of disabled people. Joni involves herself in many charities and donation programs related to the matter.

Joni is also an artist. Her canvas painting ‘The lord is good’ is especially popular among fans. She mastered painting with her mouth after the unfortunate occurrence. In her career as a painter, she has created numerous masterpieces. You can buy her artwork through this link.

Joni Eareckson Tada is the author of more than 48 books. In addition, the ‘Christianity Today’ magazine publishes her articles occasionally. Her most acclaimed work to date has to be the autobiography she wrote about herself. Joni is also listed in the ‘Hall of Honor’ by the Christian Booksellers Association.