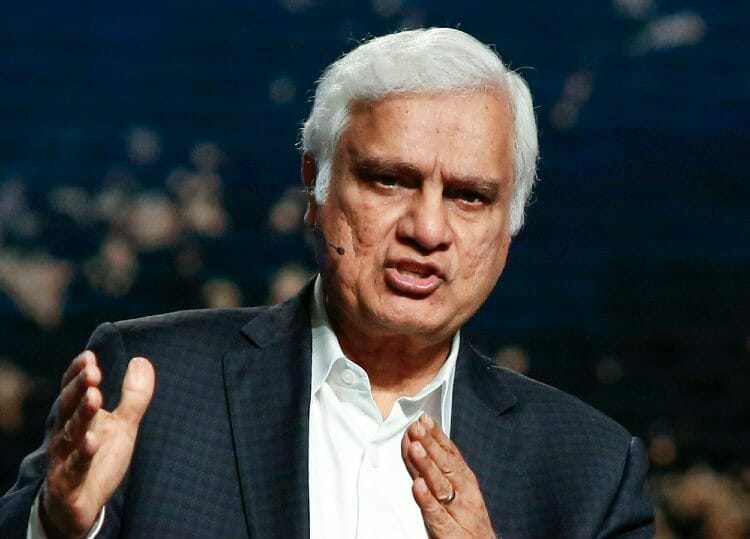 Meanwhile, in 2017, the minister was accused of sexual misconduct that caused an upheaval in his organization. Additionally, he was also accused of falsifying his academic credentials in the past.

However, he died in May 2020 from a rare form of cancer that affected his spine.

Margaret Reynolds is the wife of Ravi Zacharias. Likewise, they married on May 7, 1972. Razi and his wife Margaret have been together for 48 years when Ravi passed away in 2020.

Ravi met Margaret in the youth group at church. Meanwhile, he and his family had just migrated to Canada from India. After their wedding, the couple settled in Atlanta, Georgia, where they lived until the death of Ravi. Similarly, they have three children together.

Margaret Reynolds is originally from Canada. This is where she first met Ravi when she was only 16 years old. Margaret assisted her husband in his ministry after they were married. They traveled to different countries all over the world. Margaret is a licensed minister of The Christian and Missionary Alliance.

Other details about her life are not revealed. There is no information about her educational background or her exact birthdate.

Ravi Zacharias and his wife Margaret Reynolds have 3 children together. Their children include 2 daughters and a son Nathan Zacharias.

Sarah Zacharias Davis is the eldest daughter of Ravi and Margaret. She was born in 1975 and is now 46 years old. In addition, she is a graduate of Covenant College with a degree in education. Sarah is married to Roswell Davis. There are no other details about their marriage.

The eldest daughter of Ravi Zacharias is the Executive Director of the Ravi Zacharias International Ministries based in Norcross, Georgia. Her former position before RZIM was at Pepperdine University Graduate School of Education and Psychology, where she served as the senior advancement officer. Her past jobs include a marketing assistant for CNN, a sales assistant at Turner Network, and a VP for marketing and development at RZIM.

Sarah is also an author, and her books are

She also writes for publications such as Faith and Fitness, Radiant Magazine, Focus on Family, and Proverbs 31 Woman.

She has also appeared in local and national programs such as Cornerstone TV, Family Net Television, and Life Today with James Robinson.

Naomi Zacharias is a graduate of Wheaton College. She used to work as a sales executive for Coca-Cola. This was before she became the director of Wellspring International, the humanitarian branch of RZIM. The company focuses on providing aid for women and children who are at risk of abuse.

She provides medical assistance to women facing violence and abuse. Wellspring International also assists victims of national disasters. The nature of Naomi’s work took her to different countries in Asia, South Africa, and the Middle East.

Naomi met her husband in Italy and have settled in Oxford, England. Recently, she has stepped down from her position as director of Wellspring International following the controversies involving her father.

Nathan Zacharias, the only son of Ravi and Margaret, was born in 1980. He is now 40 years old and has always had a passion for media. This is why he has worked for 15 years at RZIM as a video editor and producer. Nathan married his wife Sarah in 2011. The couple resides in Atlanta, Georgia. They do not have kids, but they have a dog named Belle.