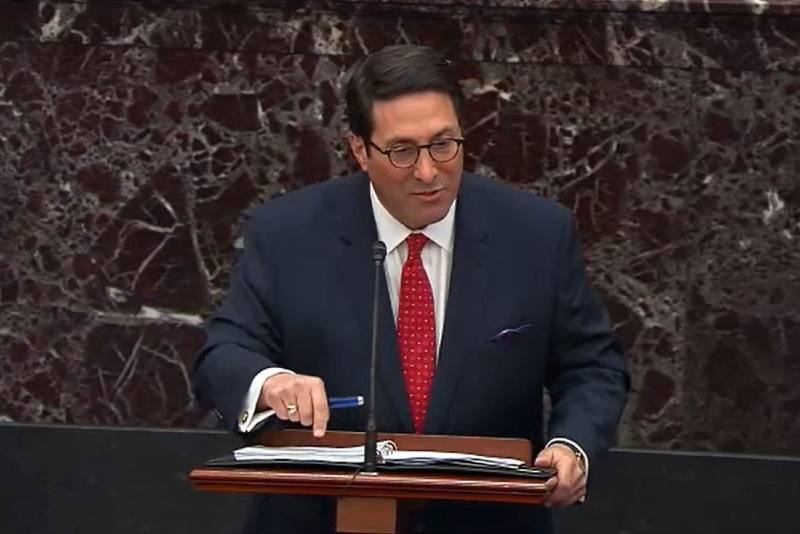 Jay Sekulow is a famous media personality. He is known for his conservative views in politics. In 1991, Jay started working with the American Center for Law and Justice. Today, he has held the position of chief counsel for about three decades.

Furthermore, Jay is a dedicated follower of Donald Trump. He is an attorney for Donald’s legal group. Once, the opposition pressed charges on Trump for impeaching two articles of the U.S. constitution. As a result, he faced an ‘Impeachment Trial.’ The attorney Jay Sekulow led the legal procedures as an outside counsel in support of Trump.

This article provides insights into the details of Jay Sekulow, his net worth, and his wife, Pamela McPherson.

Who is Jay Sekulow?

Jay Sekulow is a popular Christian and an attorney from America. He was born in Brooklyn, New York, on June 10, 1956. Jay was born to parents Stanley Sekulow and Natilie Wortman Sekulow. Furthermore, the lawyer has a  younger brother Scott Sekulow, who is the founder and Rabbi of the Messianic Jewish Congregation Beth Adonai in Atlanta. They all grew up in New York. Jay is also a Christian. However, this religious faith didn’t stem from his family. It wasn’t until his college years that the lawyer decided to turn to Christianity.

Jay attended Lakeside High school in his hometown. Furthermore, he went to Mercer University to pursue his higher studies. Mercer University is a Baptist College in Atlanta. According to our reports, the college had a huge influence on Jay turning into a devoted Christian. In addition to his law career and his movements, Jay is also a radio show host. Furthermore, the attorney has featured as a guest commentator in many reputed networks and TV channels. His most commendable and notable appearance is on the Christian Broadcasting Network. Jay has also featured in Fox News at some point.

Moreover, Jay has led a career in the media and legal field. He voices the opinions and sentiments of the conservative people. Additionally, Jay is a firm supporter of the pro-life movements. The attorney thinks that Abortion is against all laws of humanity and should not be legalized. His religious and anti-abortion movements have earned him quite a fame and net worth.

Jay Sekulow’s net worth is $8 million in 2021. He earns a decent income hosting his radio shows and through his profession as an Attorney. However, his yearly salary can’t be estimated. Throughout his career, Jay has been a chief counsel, media influencer, and host for many Radio and Television programs.

Jay married his college girlfriend Pamela in 1978. He crossed paths with her around the time when he was halfway in devoting himself to Christianity. Furthermore, the couple is parents to two grown-up sons.

Pamela McPherson is the popular attorney’s wife. Moreover, she is also the VP of Regency productions. Together with Jay, she looked after the family business. At present, the couple resides in New York, United States.

Jay Sekulow and Pamela have two sons. Their first boy, Jordan Sekulow, was born in 1982. Jordan has followed the footsteps of his father and pursued a career in law. He was previously associated with the ACLJ. Furthermore, Jordan also helps his father in hosting many of his radio shows. In addition, Jay’s oldest has also featured with him in many TV programs.

Their youngest son, Logan Sekulow, was born in 1986. Logan has previously featured in the popular Nickelodeon show. The show U Pick Live aired in 2005 and was translated to be broadcast in many countries. As a result, Logan is an established TV actor.