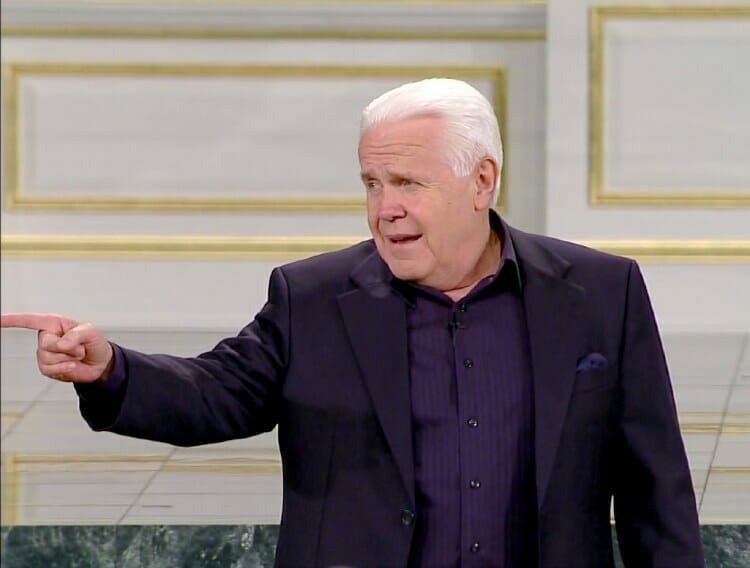 For a long time, people have questioned the religious belief of Christianity. When pastors like Jesse Duplantis live by the mantra of serving God and being rich, many prefer to do a business out of this. Regardless, Jesse is one of the prominent yet controversial pastors out there who has been preaching God’s gospel for more than 40 years.

From preaching in churches to founding his own, Jesse has set significant milestones in his career. In the process, Jesse has also received substantial wealth.

Who is Jesse Duplantis?

Born on July 9, 1949, Jesse Duplantis comes from Louisiana. This Louisiana-based preacher lives by the idea of prosperity theology. Hence, Jesse’s goal is to be rich and make others rich under the blessings of Christ. Jesse rose to prominence in the 70s when he boasted that serving God would make anyone rightfully wealthy.

Years went on, and Jesse’s dedicated work as a pastor received recognition in 1999. This recognition was an honorary award from Oral Roberts University who provided Jesse with a Doctorate of Divinity. Similarly, Duplantis was active on the Board of Regents of the same university till 2007 as well.

Jesse is a preacher of prosperity both on and off the church. Many recognize Jesse’s evangelism through his self-written books as well. Also, Jesse is a ministry owner who established Jesse Duplantis Ministries in 1997. Jesse makes his presence on various tv shows, conferences, etc.

At 71 years of age, Jesse has indeed achieved everything that he preached. Currently, Jesse resides in his mansion in Destrehan with his wife, children, cars, and jets.

Jesse Duplantis walks into 2021 with a net worth of $20 million. Part of Jesse’s wealth is through his effort, while some came through donations. Regardless, with such staggering net worth, Jesse is living a lavish lifestyle.

Firstly, Jesse’s source of income used to be as a pastor, in which he made $112,515 annually. We also know that Jesse is a successful author with more than dozens of published books. Some of Jesse’s best-sellers are I NEVER LEARNED TO DOUBT ($14.49), Heaven ($15), The Everyday Visionary ($11.83), etc.

“Serve God and you shall receive materialistic wealth,”

and Jesse manifested this statement. Today, Jesse Duplantis is the proud owner of several possessions, including a lavish house, luxurious cars, and priceless jets.

Jesse resides at a large house in which he built in 2008. This gigantic house stands at 34,986 square feet area and is highly decorated from the inside. This two-story house consists of 25 rooms, including two bedrooms, 4.5 bathrooms, a spacious living room, music parlor, fun room, theater, and two double-car garages.

Speaking of the garage, Jesse owns a Rolls Royce Phantom car worth $587k. As expected, this luxurious car has all the premium facilities included inside. Similarly, Jesse owns a Bentley Continental, which cost him $202,500. Lastly, Jesse added an Aston Martin Vanquish to his car collection, which he bought for $512,486.

Furthermore, who could forget the jets that Jesse Duplantis owns? So far, Jesse owns three aircraft, namely, Cessna Citation ($20 million), IAI Westwind ($12 million), and Dassault Falcon 50 ($15 million). Besides owning these many planes for “preaching across the world,” the wealth-hungry pastor seeks a donation of $54 million to buy a new Dassault Falcon 7X. In Jesse’s words, he wishes to prove God’s statement of manifesting true by affirming a new jet which the people will help him buy.

While Jesse is a famous figure, his wife is not so much. However, sources claim that Cathy works behind the scenes in supporting her husband’s ministry.