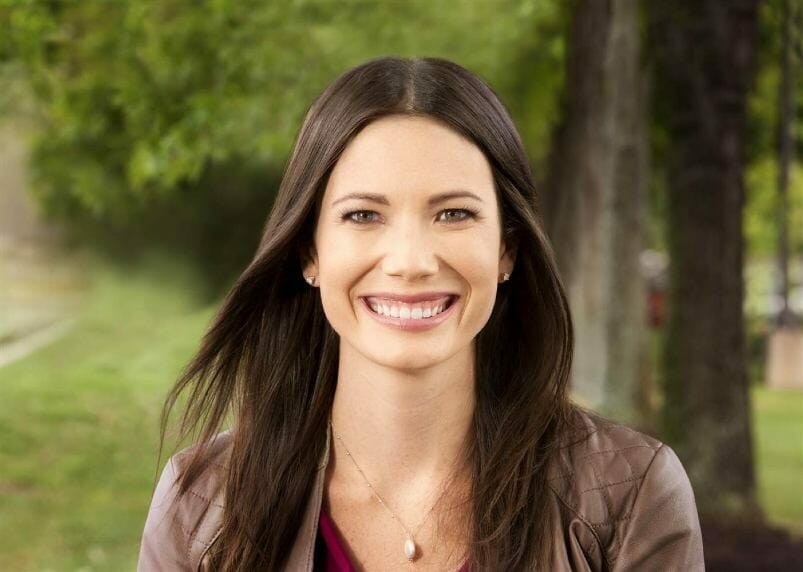 Rachel Cruze is famous as Dave Ramsey’s daughter. Her father Dave Ramsey is a renowned financial consultant in the US. He is also a radio personality, author, and entrepreneur. In addition, Dave is a devout evangelical Christian.

His radio show is The Ramsey Show, where he discusses issues related to finances and Christian philosophy. He has published several books through the years, but his most popular book is The Total Money Makeover. Dave Ramsey was also the TV show host on Fox Business from 2007 to 2010.

Rachel Cruze, the daughter of famed financial advisor Dave Ramsey, followed in her father’s footsteps. She is also a financial adviser and author. Rachel was born on April 25, 1988. Tennessee is her birthplace.

And she was also raised there. She and her two other siblings grew up in a conservative Evangelical Christian household. Rachel went to high school at the Brentwood High School. Later, she took up Communication Arts at the University of Tennessee. In 2010, sometime after finishing her degree, she joined Ramsey Solutions, the company of her father.

As a financial advisor, one of the advocacies of Rachel Cruze is to stay free of debt as much as possible. She promotes using debit cards for purchases instead of credit cards. This prevents spending beyond your capacity to pay. Rachel discourages using credit cards to avoid spending on things that are not necessary to gratify one’s wants.

Rachel Cruze is the author of several books on personal finance. She authored the New York Times bestseller Smart Money Kids. Dave Ramsey, her father, was her co-author for this 2014 bestselling book. The book discusses paying off debt, staying away from debt, responsible spending, and the importance of hard work.

The second book that she authored in 2016 is Love Your Life, Not Theirs: 7 Money Habits for Living the Life You Want. It talks about not spending beyond your capacity to pay.

In January 2021, she released her latest book entitled Know Yourself, Know Your Money: Discover Why you Handle Money The Way You Do, and What To Do About It.

Rachel Cruze also has a popular podcast entitled The Rachel Cruze Show. In addition, she also conducts talks on personal finance at conferences, college forums, and churches. Her financial bits of advice mainly target young people who are just beginning their careers. In some of her talks, she discusses how to pay off college loans.

Rachel has also appeared on television shows such as Fox and Friends, The Today Show, Katie, Good Day L.A., The Meredith Show, and Good Morning America.

Rachel Cruze is Married to Her Husband Winston Cruze

Dave Ramsey’s daughter Rachel Cruze met her husband Winston Cruze when they both attended the University of Tennessee. They got married in 2009. The husband and wife work together on several occasions as financial advisors.

Additionally, Rachel and Winston have three kids. Carolina and Amelia are the names of their two daughters. Charles Winston, born in 2019, is their youngest son. The Cruze family is currently based in Franklin, Tennessee.

Finance and religion are crucial aspects of their marriage. Rachel believes that the couple must discuss their religious beliefs before getting married. This is to avoid any conflicts in the future.

It is also vital that the couple is upfront about their financial status before the wedding. This is to prevent future arguments about their finances. According to her, money or finances is one of the main reasons couples fight and sometimes divorce.

What Does Winston Cruze Do?

Winston Cruze has tried to stay away from the limelight as much as possible. He maintains a relatively private life, so there is not much information about Winston. What is known is that Rachel Cruze’s husband Winston Cruze is an investment manager and a real estate broker.

Dave Ramsey is married to Sharon Ramsey. They have been married since 1982. The Ramsey couple has three children named Rachel, Denise, and Daniel. Rachel is the most known among the three siblings because she works for her father under Ramsey Solutions. Dave and Sharon are now reaping the fruits of all their hard work as they enjoy their $15 million home in Nashville.

Dave Ramsey is very active on Facebook, where he posts his financial advice videos. His official Facebook page has over 4 million likes. In addition, he is also active on Instagram, where he also publishes his videos and photos. His official Instagram account has almost 3 million followers.