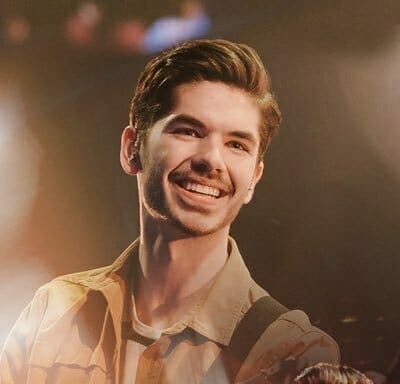 Jonathan Osteen is one of the proud children who continues his family’s legacy. He is familiar to the people as the son of Joel Osteen, a wealthy Lakewood church pastor. Jonathan was born to a family with a rich history in religion. His great grandfather, John Osteen, founded Lakewood Church which descended to Joel Osteen and now to him.

Regardless of being a pastor, the University of Texas graduate also has his passion for other activities entirely different from his family’s business. He is inclined towards singing, music, and creating albums.

No matter what, Jonathan has not only picked up his father’s charm but has also lighted up thousands of people, especially the young ones, to follow in God’s path.

Speaking of Jonathan’s personal life, it seems that he is still single in the midst of 2021. A man who has over 100k followers on Instagram must indeed have a lot of admirers. However, Jonathan has yet to find his true love with whom he will spend the rest of his life.

At the moment, Jonathan seems to be focused on his career, which is starting to show improvements. However, being born to a family that values and spreads Christianity, Jonathan has enormous responsibilities on his shoulders to carry on the legacy.

However, seeing that his cousins are getting married, Jonathan’s marriage is only a matter of time.

Reports claim that Jonathan Osteen currently resides in Houston, Texas. Though it is not specific, Jonathan is presumably living in his parents’ humungous mansion in Texas.

Nonetheless, the house he lives in is situated in an affluent community in the River Oaks area. Nestled with woods and a large area of 17,000-square-foot, this palatial estate features six bedrooms and bathrooms, a one-bedroom guest house, three elevators, and a big pool house.

Besides this, Joel and his wife also had a mansion of 5,600-square-foot near the Tanglewood neighborhood. The Osteen couple bought it for $2.9 million.

Though Johnathan is a pastor by profession, he got his credentials in media from Austin’s University of Texas in 2017. As of now, he is a graduate with specializations in Television, Radio, and Film.

If people thought only Joel Osteen was a tall man in the family, they are wrong. His son, Jonathan Osteen, is a couple of inches taller as he has a height of 6 feet 1 inch. With such a towering height embellished with black hair and blue eyes, Jonathan is the most charming Osteen in the family. Similarly, Jonathan has a decent weight of 160 lbs.

Jonathan was born to his American parents, who follow the Christian religion. Hence, Jonathan is an American Christian as well.