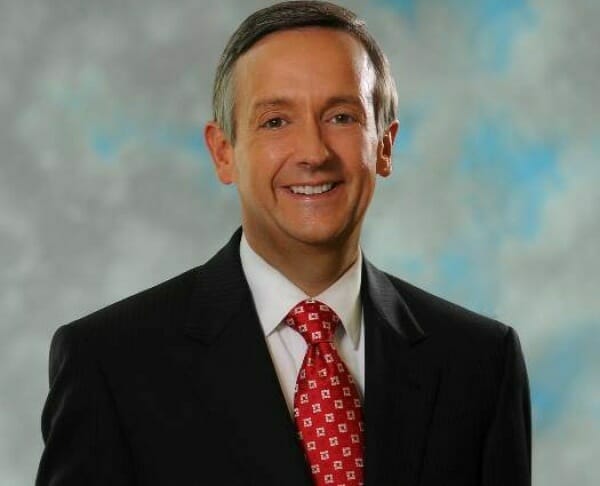 Robert Jeffress is a pastor belonging to the Southern Baptist church. He is a renowned television evangelist, radio host, and author. In addition, Jeffress is the senior pastor of the First Baptist Church, a congregation based in Dallas, Texas, with 14,000 members. He is the host of Pathway to Victory, which broadcasts his sermons in the United States and other parts of the world.

Robert Jeffress is a Pastor

“Be merciful, just as your Father is merciful.” – Luke 6:36 pic.twitter.com/XXtV7OsSV9

Pastor Jeffress has had an illustrious career as a pastor. Vision America honored him with the Daniel Award in 2006. In 2011, Southwestern Baptist Theological Seminary gave him an award for distinguished alumni for his exceptional work in the Texas ministry.

Robert Jeffress spearheaded the construction of the pavilion of First Baptist Church Dallas that had a 3,000 seating capacity. Today, his congregation has grown to 14,000 members.

Robert Jeffress married his wife Amy Lyon Renard in 1977. They have been husband and wife for 44 years as of 2021.

Robert and Amy became sweethearts when they were still high school students. They were both studying at West Junior High School in Richardson. During that time, one of Robert’s teachers challenged him to befriend five fellow students who were non-Christians. Part of the challenge was that he has to convert them from being non-believers into believers of Christ. Amy Lyon Renard was one of the non-Christians that Robert picked. Before the school year ended, all five of the non-Christians that he picked have become believers of Christ.

The net worth of Robert Jeffress for 2021 is $17 million. His primary source of income is his position as a senior pastor. He has been a pastor for over three decades. Pastor Jeffress is also an author. In addition, he earns from the revenues of his sold books. He has published numerous titles through the years. His other sources of income are from his work as a host of television and radio programs broadcasted all over the world.

The American pastor has two daughters with Amy Lyon RenardJeffress. The names of their children are Dorothy and Julia. Their kids are now adults, and both have successful lives of their own.