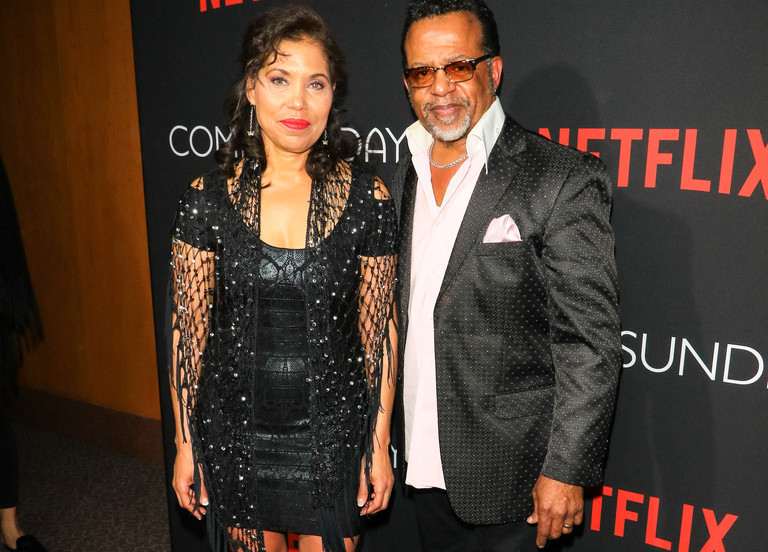 Carlton Pearson is a minister of the Christian faith in the United States. He used to be the pastor of Higher Dimensions Family Church. Likewise, his congregation was one of the biggest churches in Tulsa, Oklahoma, in terms of population. The church membership reached more than 6000 active members under the leadership of Carlton Pearson. They all came to hear the renowned pastor preach and sing.

Who is Carlton Pearson?

Carlton Pearson was born in San Diego, California, where he lived for 18 years. He has five other siblings. However, he has not revealed the names of his parents. Pearson attended the Oral Roberts University, where he took a course on Bible Literature. Later on, he joined the Board of Regents of the Oral Roberts University. In addition, he also took the position of an associate evangelist at the university.

Similarly, in 1977, Carlton Pearson established Higher Dimensions Inc., which provided shelters for ex-convicts and single mothers. They conducted outreach programs in prisons and homes for the elderly. By 1981 he established his church which became one of the biggest congregations in Tulsa.

Furthermore, Pearson was also a television evangelist, and he was able to reach millions of audiences per week. At that time, Pearson and Dr. Frederick Price were the only African American evangelists on television. In 1996, Carlton Pearson became an ordained bishop at the AZUSA Conference.

Moreover, the church members and audiences of Pearson loved him dearly. His show on Trinity Broadcasting Network was among the top-rated shows on the network. Likewise, his revivals took place in various parts of the globe. The well-loved evangelist was able to grow his church to 6,000 members. In addition, he was able to purchase a ranch with an area of 645 acres. The ranch provided shelter for troubled teens. Furthermore, under his leadership, his church established the Purity with Purpose Discipleship.

Moreover, Pearson was also an accomplished singer, and he sold millions of copies of his CD. He had recording contracts with Atlantic Records, Tommy Boy, and Warner Brothers.

The renowned evangelist was at the height of his career when things took on a sudden turn. This happened after he proclaimed a new doctrine during one of his sermons. He preached that Hell is not a place of eternal damnation. This new doctrine stated that Hell is here on Earth and that the degenerate behavior of humans created it. He called this new doctrine the Gospel of Inclusion. His church members and audiences widely rejected it. The population of his church dramatically reduced.

In 2004, the Joint College of African-American Pentecostal Bishops proclaimed the Gospel of Inclusion as a heresy. After this, his church was only left with less than 1000 members, and their building was foreclosed. Pearson was forced to rename his congregation as the New Dimensions Worship Center.

Marie Gauthier is the wife of Carlton Pearson. They had a whirlwind romance. He met her in the early part of 1993, and just a few months later, he publicly introduced her as his girlfriend. Within that same year, the couple got engaged and got married. Their wedding rites took place in September 1993. At the time of their wedding, Carlton was 40 years old while Marie was 32.

Carlton and Marie have two children, and they are named Julian D’metrius (July 9, 1994) and Majestè Amour (November 1996). The couple enjoyed a happy life with their kids in Tulsa, Oklahoma. However, their marriage hit a rough spot, and Marie filed for divorce in August 2015. Luckily, Carlton and Marie were able to patch things up. They canceled their divorce proceedings before it could be finalized. The Pearson couple is still happily married up to this day.

Gina Marie Gauthier came into this world on December 13, 1961, and she is now 59 years old as of 2021. Her birthplace is Lake Charles in Louisiana. The parents of Marie are Isaac and Catherine Gauthier. She has one other sibling named Charlene Landry. Marie finished a course in psychology with a minor in business administration at the Louisiana State University in 1983. In the past, she worked for Rep. William Jefferson as the constituent services director. Today, she has a thriving profession as a life coach.

The net worth of Carlton Pearson is $16 million for the year 2021. He earns primarily from his work as a minister. Even if he fell from grace in the past and was called a heretic, the courageous pastor never gave up and worked hard to get back on his feet. Pearson was able to start his ministry once again in recent years. His other sources of revenue are from the sales of his books and song albums. The evangelist has a successful career as a singer and has sold millions of copies of his albums.