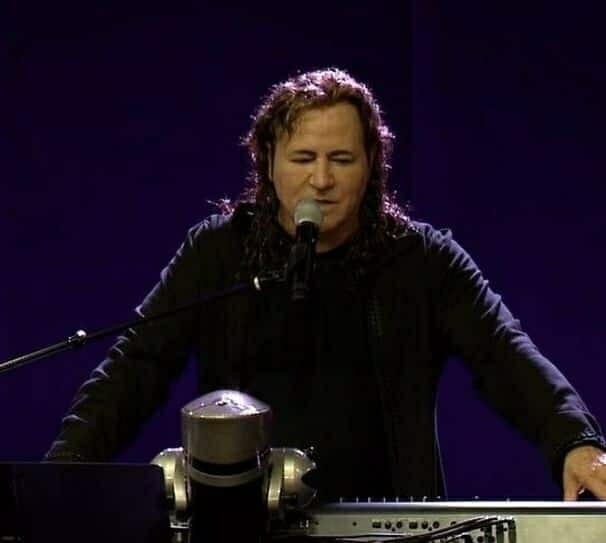 Kim Clement is a Christian prophet. Even though there are many things to remember him by, his prophecies and preaches will always be spoken of first. The news of Kim Clement passing away hit the world by surprise. Having spent most of his life singing and praising Christ, the prophet was an influential Christian figure.

To date, the pastor has released many books and albums. His albums Alone, Secret Place and his book The Sound of His Voice-1993 are especially popular among his fans.

This article emphasizes the career, prophecies, and family of Kim Clement.

Kim Clement is the son of father Vivian, and mother Babette. The singer was 60 years old in 2016 when he passed away, as his birth date is September 30, 1956.

From childhood, Kim had a dream to be a singer. For that purpose, he took music lessons and attended Trinity College. As he grew up, his taste and preference for music changed. The prophet transitioned from a jazz enthusiast to a rock fan. It was around this time when the singer became rebellious, and his faith faltered a bit. One unfortunate day, Kim met a hooligan who stabbed him and took all his belongings. It was in 1974, and Kim vowed to come under Christ after the incident.

In 1976, there was instability in South Africa due to the war against Cuba and Angola. As a result, Kim fought for his country by enrolling in the army. However, he didn’t stay there for long. In the following year, Kim associated himself with the Pentecostal Protestant Church. There, he took up the position of an audio director and gained some insights into Christian music. In 1978, following his experience in the previous church, Kim started working in the ‘full gospel Church’ as a deputy pastor. By that time, he cultivated deep faith in the religion and the Bible itself. Kim searched extensively in the local areas for Bible courses. It wasn’t easy, but he eventually enrolled at the Oral Roberts University.

The pastor/ prophet spent the majority of his career spreading the word of god. As a result, he has millions of followers worldwide who listen to his prophecies and speeches even in 2021. According to our reports, Kim’s daughter manages his Facebook, Twitter, and YouTube accounts after his death in 2016.

Kim Clement Passed Away. How Did He Die?

In 2016, the clement family admitted the prophet to the hospital as he had Lung complications. The pastor suffered from pneumonia, and his body had become too feeble to fight it due to old age. Furthermore, Kim also suffered from Brain bleeding. According to our reports, he underwent Brain surgery on Sept 25, 2015. He had Brain Tumor, and the doctors suggested doing an operation. The operation was successful, and they discharged him. However, the pastor still had many complications remaining.

Kim was a drug addict in his time. He quit drugs eventually, but the effects lingered. Finally, on November 23, 2016, the prophet left the world and soared to heaven in the arms of his holy father.

In 2015, the pastor made a strong prophecy. He stated that Trump would be a new voice of God.

‘Trump will win the 2020 elections, and god will touch him.’

Furthermore, he added that Christ wanted to put a believer, a man that prays, in the top position of one of the greatest countries in the world. Following his prophecy, there was a strong reaction from the public. Kim Clement wasn’t the only one supporting Trump in his journey. Strangely enough, many U.S pastors showed their favor for the orange President. Unfortunately, Trump didn’t win the election, and the prophet’s word didn’t come to pass. However, there were previous similar occurrences, as we’ll discuss in the next paragraph.

Back in 2006, the prophet had made some strange prophecies. Well, it wouldn’t be strange if they came out to be accurate, but they didn’t! He predicted that the rap star Marshall Bruce Mathers (Eminem) would become a voice in the following year and that his house would undergo a conversion. Sadly, that never occurred. He also prophesized that the writer, Stephen King, would write a book Christianity. However, King was too busy to write fiction. There are some claims that Kim Clement himself admitted to being a false prophet at a time. But we can’t verify the source.

Kim is married to Jane Elizabeth since 1978. The couple met at a local church in South Africa pastored by Timmy Crompton. Kim and Elizabeth dated for a few months and married at the end of the year. The couple is blessed with five children.  After his death, his elder daughter Donne Petruska handles his internet profiles.