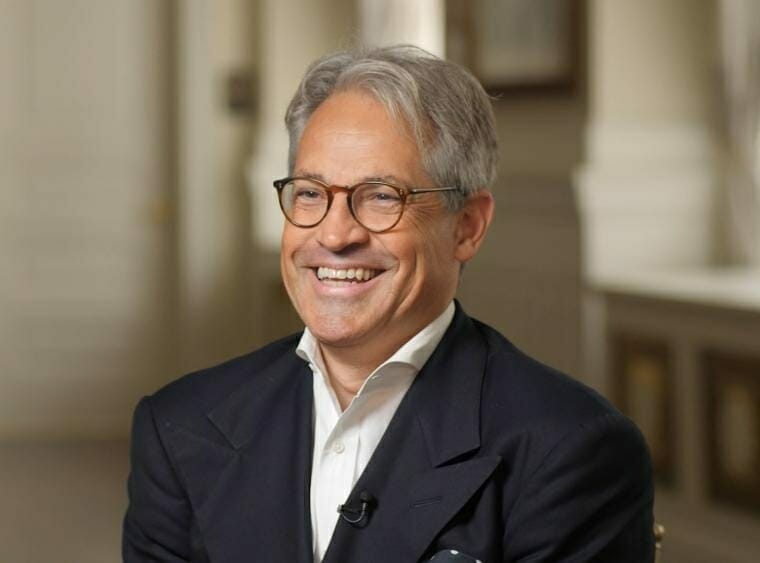 Eric Metaxas is primarily famous for his excellent biographies. However, it’s just one among his many strong suits. The Greek Orthodox Christian is popular worldwide for his works and studies on the Bible and Christianity. A bestselling author, Eric is the founder and presenter for many shows. The popular radio program The Eric Metaxas Show and Socrates in the City are noteworthy.

Furthermore, he is into some controversies. But we expect that as the author is an ardent follower of Donald Trump. In an interview, he stated that he could die for the right cause by which he meant Trump’s re-election.

This article focuses on details of Eric Metaxas and his wife, Susanne Metaxas. Moreover, we’ll also talk a little about his net worth and his daughter.

Who is Eric Metaxas?

Eric Metaxas is a talk show host and an author. He was born in 1963, in America. The author is 58 years old in 2021 and celebrates his birthday on June 27 every year. A graduate of Yale University, Eric Metaxas is also one of the first editors for the college magazine. The ‘Yale record’ is supposedly the oldest humor magazine by college students. Furthermore, the author studied and completed his bachelor’s in the English language from the same University.

When the truth comes out about what REALLY happened on Jan 6th it will change America. https://t.co/OBT5KcD0XZ

Born to a Greek dad and a German mom, Eric inherited the culture and upbringing from both of his parents. They raised him in New York in a Greek Orthodox Church. However, the author does not bash any other forms of Christianity. He only writes about the things agreed upon by all backgrounds and neglects the differences.

The host started his radio show in 2015. The radio program The Eric Metaxas Show was broadcasted from the Empire State Building in New York. There, he talked on many topics of faith, personalities, and politics. The loss of Donald Trump in the 2020 election outraged Eric at the authenticity of the system. He accused that the opposition rigged the voting system and vowed to overthrow the decision. Furthermore, in one of his shows, he assured Trump that the almighty favored them. He also mentioned that he could die for the right cause.

Moreover, Eric has written commentary scripts for radios in the past. He interviews some of the most recognizable faces in the country in his shows. ’Morgan Freeman,’ ‘Kathie Lee,’ ‘Dick Cavett,’ etc., have all been his guests at some point.

In 2020, the author got into a controversy. According to our reports, Eric punched a guy involved in a violent protest against Donald Trump. He said that the protester was devilish and bothered him for a long time. However, the victim said he was unarmed and peaceful. The protester filed charges against the author.

In addition, you can find many hate comments on Eric’s Instagram posts that date back to the time of the incident. You can check the comments here. The author has been criticized widely for his support of the former President. However, it clearly does not bother him one bit.

Eric exchanged wedding vows with Susanne Metaxas on 13th Oct 1996. On more than one occasion, Eric has flaunted his beautiful wife among his fans. His love for Susanne is evident by his need to speak about their years of marriage. Furthermore, the author also posts their videos and sketches made by the fans. The couple is blessed with a girl in their 25 years of marriage. However, there is not a mention of his daughter anywhere on his Social Media.

The net worth of Eric Metaxas is $5 million in 2021. He accumulated his wealth through his successful writing career and his shows.

Eric has hosted and anchored programs on both Television and Radios. Furthermore, he has written multiple bestselling books in his career. However, his most notable one has to be the biography Bonheoffer. The book sold 800 thousand copies worldwide and is transcribed in 19 languages. The author lives with his family in Manhattan.