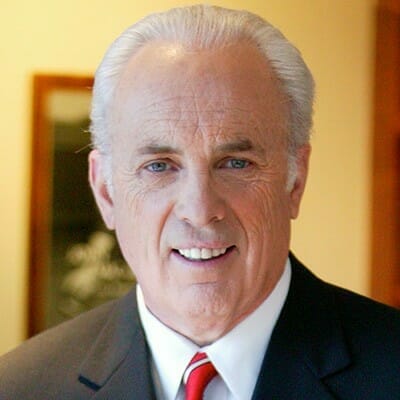 John MacArthur is a renowned author and pastor. McArthur is the pastor of the Grace Community Church based in Sun Valley, California. In addition, MacArthur is also the host of a television and radio show.

Who is John MacArthur?

John MacArthur comes from a family of ministers. His father, Jack MacArthur, is a Baptist preacher on the radio. Meanwhile, his grandfather, Harry MacArthur, is a minister of the Canadian Anglican church. John was born on June 19, 1939, in Los Angeles.

John attended Bob Jones College and graduated in 1959. This is also the alma mater of his father. In 1960, he attended the Los Angeles Pacific College of the Free Methodist Church. Later on, he took doctorate studies from different universities such as the Talbot Theological Seminary and Grace Graduate School.

Reformed Protestantism is the religion of John MacArthur. And he is a renowned practitioner of expository preaching. Christianity Today recognizes John MacArthur as one of the most influential preachers of all time.

John is also an accomplished author with over 150 books under his name. The MacArthur Study Bible is his most notable work as of yet. The number of copies sold has reached more than 1 million. His famous book also received the Gold Medallion Book Award.

In college, the singing quartet called the Voice of Cavalry hired John. The singing group is heard regularly on the local radio in South California. In 1966, his father made him associate pastor of the Harry MacArthur Memorial Bible Church. The church is presently called the Cavalry Bible Church. At the same time, Talbot Theological Seminary also hired him as a member of their faculty. In 1969, John MacArthur became the youngest pastor of the Grace Community Church. The non-denominational church is based in Sun Valley, California.

John has a radio and television program called Grace To You. The first broadcast was in Baltimore, Maryland, in 1977. Today, they are broadcasted daily in various parts of the world.

John had set a goal for his career as a minister. And that was to preach the whole New Testament. He finally completed this goal in June 2011.

The net worth of John MacArthur is at $20 million as of 2021. The bulk of his revenues are from his position as minister of Grace Community Church. This is a position that he has held since 1969. The celebrated author also earns from the numerous books that he has sold through the years. In addition, he also earns from his speaking engagements.

John MacArthur still lives in the same house in Santa Clarita, California, that he lived in since the 1980s. The home is now worth $1.5 million. The property that it sits on is over two acres. It has five bedrooms and four baths. There is a swimming pool and a tennis court.

In 1996, John acquired another house in California. It has three bedrooms and 2.5 baths. The location is next to a world-class golf course. In addition, the property is also near the beach.

John acquired his largest home in 2007. It is located in Colorado Springs. The sprawling home has seven bedrooms and 7.5 baths.

John has been married to his wife Patricia since August 1963. They met while they were still in college. Patricia was a friend of John’s sister, so she often came to MacArthur’s home. John was also her Bible school teacher at that time.

The young college student liked Patricia. But she was already engaged at that time. All the preparations for the wedding have already been made. However, Patricia could not send out the invitations because she was hesitant. She had her doubts about getting married, and John saw that.

Eventually, Patricia and her fiancée called off the wedding. From then, her relationship with John blossomed.

John and Patricia were blessed with four children. The names of their children are Nancy, Mark, Melinda, and Matt. Their kids now have their own families. John and Patricia are enjoying their life as grandparents to their 15 grandchildren.

Their son Mark was involved in a controversy in 2020. The Securities and Exchange Commission charged John’s son Mark for a $16 million investment scheme that he spearheaded. Mark MacArthur is the president of M2 Financial LCC.

Is John MacArthur A Calvinist?

John MacArthur is a believer and teacher of Calvinism. However, his congregation, the Grace Community Church, is not affiliated with the Calvinistic church. John is a firm believer of all 5 points of the Calvinistic religion.