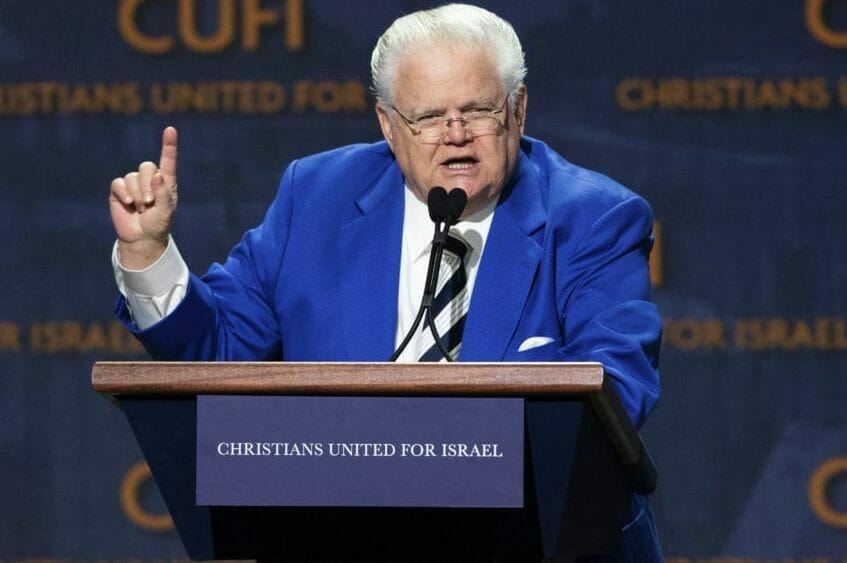 John Hagee is an American Tele-Evangelist. He was born on 12th April 1940 in Texas, United States. John is primarily famous for founding the Cornerstone Church, where he is also the Senior Pastor. The Christian has been preaching the word of the Bible and is one of the most renowned pastors in America.

In this article, we dive deep into the details about the net worth and wife of John Charles Hagee.

Who is John Hagee?

John is the founder of John Hagee Ministries. A graduate of Trinity University, John has also opened many churches in his career. He has been a pastor, a motivational preacher, and flagship bearer of evangelical Christians for a long time now. Furthermore, the pastor attended the University of North Texas and received his Master’s degree. He also went to the Southwestern Assemblies of God University. There he received a Diploma certificate for his Theological studies.

Moreover, the preacher was associated with the Trinity Church in the past. He led the church in the mid-’70s before he went on to start his own. In 1975, he started the church at Castle Ville. Furthermore, the Cornerstone Church that he founded has more than 25k believers now. The pastor made his empire of believers of Christianity and led various successful organizations. In addition, the pastor is also associated with the union of Christians in Israel. He is entitled the National Chairman in the country.

The net worth of John Hagee is $5 million in 2021. He has accumulated this amount thanks to his successful career as a preacher and the founder of John Hagee Ministries. To date, the pastor has opened up multiple Churches and worked at even more.

John Hagee married his second wife, Diana Castro, on 12th April 1976. Diana is an author and a pastor herself. Furthermore, she leads the members and the executive committee in the John Hagee Ministries. On many occasions, she has coordinated the events that take place at the Cornerstone Church. Diana is mainly responsible for handling the Women’s Ministries in the church.

Martha Downing is John Hagee’s first wife. The couple exchanged engagement rings on August 28, 1960. They later married in the same year. Furthermore, the couple was blessed with two children in their 15 years of marriage. However, there were many domestic violence incidences in their relationship. Martha Downing accused the pastor of immoral behaviors. They had a son named Christopher and a daughter named Tish Hagee. When the couple divorced in 1975, the custody of both the children went to Martha.

Moreover, the pastor remarried just after a year of his divorce from Martha. Martha also married another guy sometime later.

John Hagee is a father to a total of five children. We have already talked about Christopher and Tish. They are his children from a previous marriage. John married Diana in the following year of his divorce. As a result, he became a parent to three more children. Sandy Hagee, Christina Hagee, and Matthew Hagee are his children with Diana.

Matthew Hagee is also a pastor and is associated with the Hagee ministries for a long time now. He has written multiple books on faith, Christianity, and way of living. Following his father, Matt is also one of the most influential preachers and pastors in America.

In addition to being a pastor and a preacher, John is also an author. He has written titles covering Bible studies, the battle in Israel, and other motivational numbers. You can purchase and read some of his acclaimed works here. The Battle for Jerusalem Series, Absolute Power, and The Power of Communications are some of his showcased titles. The Jerusalem Countdown is one of his best-selling books.

How Old is John Hagee?

What is John Hagee Doing Today?

In October 2020, the doctors tested John Hagee positive with a Corona Virus. However, the pastor healed pretty quickly and stated that the Lord healed him. In 2021, he still works with the Hagee Ministries. He occasionally shares devotional quotes on his Facebook page and continues to spread the word of God.