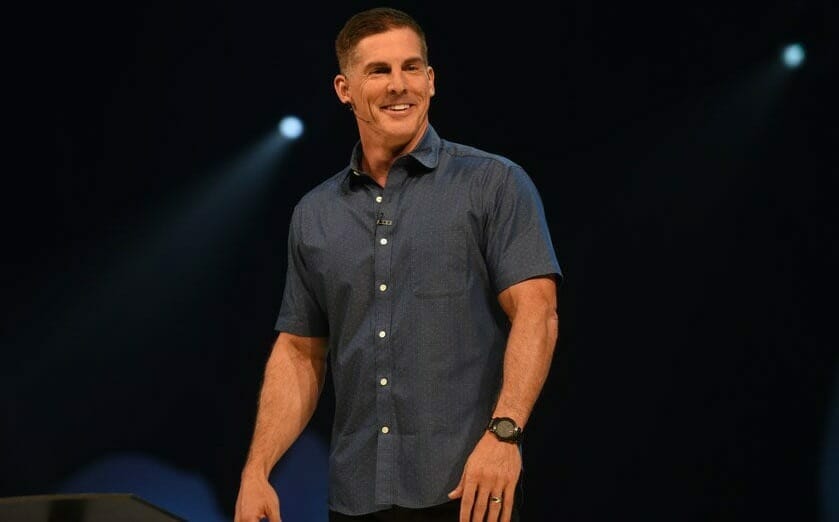 If there is any pastor who knows how to utilize modern tools to make the most out of their church, it’s Craig Groeschel. Loved and followed by millions worldwide, Craig’s style of teaching is one of the most innovative ones. Moreover, people worldwide love to hear Craig’s speeches because it gives them hope and strength.

Craig’s arduous services to God and his people have gifted him with wealth and a good family.

Who is Craig Groeschel?

Craig Groeschel is an Oklahoma pastor who graduated with credentials in divinity from Phillips Theological Seminary, affiliated to Christian Church. Upon completing Biblical studies, Craig had a vision of serving God throughout his life. Craig’s first real chance to serve God came in 1995 when he became First United Methodist Church’s associate pastor.

After years of pastoring at churches, Craig opened a ministry and made it one of the most innovative. Today, millions of Craig’s fans know him as the founding pastor of Life.Church alongside his wife.

Not only Craig spreads gospels through the church, but he does so through his self-written books as well. Producing some of the best-selling books of all time, Craig is one swell author as well.

Craig Groeschel Net Worth and Salary

Craig Groeschel is a wealthy individual who owns a net worth of $5 million as of 2021. Despite losing a $200k worth position in Gulfport Energy’s board, Craig is financially secured. The reason for Craig’s fortune is his blandish church. Craig profits significantly, with over 85,000 people attending Life.Church every week. A senior pastor like Craig makes $93,376 as of 2021.

That’s not all, as Craig is also a successful author whose highly-rated books have sold thousands of copies. Some of Craig’s very best are Winning the War in Your Mind ($14.99), Dangerous Prayers ($11.99), Soul Detox ($7.49), etc.

Most recently, Craig began his YouTube venture with his Life.Church channel to reach an uncountable number of people worldwide. With almost 400k subscribers and 100k views, Craig makes decent earnings from there as well.

One of the ideas that pastors like Craig Groeschel live by is prosperity theology. Serving God in return makes the servant rich, and this is apparent with Craig. A millionaire like Craig is bound to live a prosperous life. Recently, journalists discovered a mansion in Oklahoma that points to Craig as its owner.

Craig and his family own a 7,030-square-foot two-story mansion in Bixby whose current market value is $1.7 million. Inside Craig’s mansion are five bathrooms, seven bedrooms, a spacious garage, large metal shops, and a pool house.

As if being financially blessed was not all that Craig could receive, Craig also has a hardworking woman as his wife. Craig Groeschel wedded Amy Groeschel in 1991 after completing his undergraduate studies.

Craig and Amy worked hand-in-hand in establishing their thriving church. Not only that, but the Groeschel couple published multiple books together as well. The only goal that Amy has is encouraging people to devote their lives to Christianity.

Amy is also passionate about uplifting women in society by revealing the freedom one can have by following Christ. So far, Amy has been responsible for founding a transitional living home called Branch15. Likewise, Amy is also into social activities; one, in particular, is advocating against social injustices like poverty, human trafficking, abortions, and orphans.

Lastly, Amy belongs to the women’s ministry of Life.Church, where she commences events, curriculums, various other activities.

In Craig’s 30-year-long marriage with Amy, he shares a total of six offsprings. From his children, Craig has four grandchildren as well. The names of Craig’s children are Catie, Mandy, Sam, Anna, Joy, and Stephan.