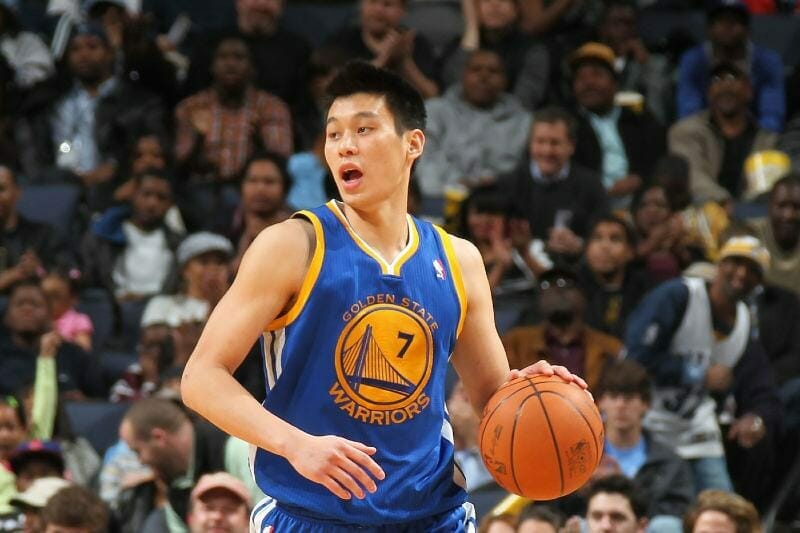 Jeremy Shu-How Lin (basketball player) was born on August 23, 1988, in Torrance, California. His parents migrated to the United States from Taiwan in the 1970s. Jeremy is the first Asian to ever play in the National Basketball Association or NBA. His first season with the New York Knicks was a successful one that earned him many fans. This was the time when his fans coined the term Linsanity. In 2019, Jeremy Lin was the first Asian to win an NBA championship when he played for the Toronto Raptors.

Jeremy as an Evangelical Protestant

The strong Christian faith of Jeremy Lin, aside from his successful basketball career has made him famous. His parents Shirley Lin and Gie-Ming Lin were both devout Christians. And they raised their son Jeremy in a very religious household.

Lin was baptized as a Christian when he was in high school. When he studied at Yale, Jeremy became a member of the Harvard-Radcliffe Asian American Christian Fellowship. The young Christian read the bible and had bible studies with other members of the group.

The ultimate goal of Jeremy Lin was to become a great basketball player and a great Christian at the same time. At the peak of his career, his NBA jersey was the top-seller online. The NBA store shipped the Lin jersey all over the world. At that time, Jeremy’s only wish was that his fame would be an instrument to glorify the name of God.

Despite his fame, Jeremy remained humble as any Christian should be. He has always kept in mind his values as a Christian because he wanted his fame to be an instrument for spreading the word of God.

His faith is his primary basis for decisions that he makes on and off the court. Ultimately, the goal of Jeremy Lin is to become a pastor and create a non-profit organization that can help those in need all over the world. The basketball legend wants explicitly to help underprivileged children.

Is Jeremy Lin Married to Wife? Or Dating a Girlfriend?

Jeremy Lin is still unmarried at present. There are also no details about who he is currently dating. The basketball superstar has always kept his love life very private. However, he has been seen in the company of date the past few years. But he never revealed the details about the women he dated.

The net worth of Jeremy Lin is $36 million. He has accumulated this fortune from playing in the NBA for almost one decade. The first Asian NBA superstar played for nine seasons in the league. As a result, he earned nearly $70 million from 2010 to 2019.

The Forbes List named Jeremy Lin as one of the top-paid athletes of 2015. One season alone with the LA Lakers earned him almost $15 million. His popularity on the court also made him a most sought-after endorser of various top brands. His endorsements from Tag Heuer and Adidas earned him $4 million.

Jeremy is now playing for the Chinese Basketball Association, particularly the Beijing Ducks. His annual salary from the team is $3 million.

How Tall is Jeremy Lin?

The height of Jeremy Lin is 6 feet and 3 inches. He did not get his height from his parents since both of them are only 5 feet and 6 inches tall. However, Jeremy inherited his size from the family of his maternal grandmother. His great-grandfather on his maternal side was 6 feet tall.

Jeremy Lin was born on August 23, 1988, which makes him 32 years old as of 2021. He has achieved so many achievements in his career at such a young age. His parents’ values as a devout Christian have helped him achieve the success that he is enjoying now.