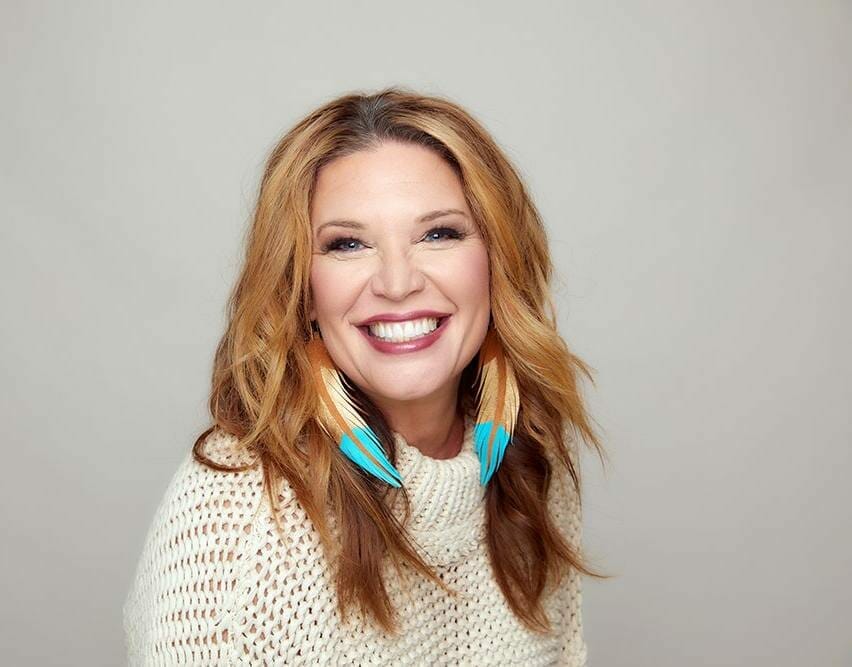 It takes a lot of courage to speak out for something regardless of the consequences. But when you are a fearless activist like Jen Hatmaker, strength comes easy. For years, fans knew Jen as a television presenter, author, and blogger. Most recently, Jen made the headlines for pleading churches to let the LGBTQ community enter the holy places.

Jen Hatmaker is an Evangelist

No one doubts the passion Jen has for her religion. Born on August 7, 1974, Jen grew up as a catholic in her hometown of Kansas. Talking about her education, Jen Hatmaker got her credentials from Oklahoma Baptist University in 1996.

Growing up as a Christian, Jen wanted to spread the Christian gospel to the world. Every passing year, Jen published numerous books that are based on Bible. Jen’s books have inspired so many individuals and given them hopes and strengths.

Not only that, but with her ex-husband, Brandon, Jen co-founded a new church in Texas known as Austin New Church. Jen, a church board member, is responsible for headlining events that benefit women, such as parenting, adoption, and various social service ministries. Details of new possibilities in her church are also available on her website. Not just Austin New Church, but the 47-year-old also appears in other churches to give interactive speeches.

Jen Hatmaker is a firm evangelist who strictly follows Bible. However, in recent times, her belief in evangelical beliefs started to shake.

On September 6, 2020, Jen Hatmaker shocked the world by revealing that she and Brandon Hatmaker were parting ways after 27 years of their marriage.

This stunned the fans and Jen as well since the duo has been through a lot in life together. Jen and Brandon were the co-founders of their church and former reality show presenters.

Before this, Jen had tweeted some cryptic message indicating their family is tearing apart. Court files reveal that the petition for Jen’s divorce had been filed in late August.

Jen never revealed the reason behind splitting with Brandon. This led millions of followers to make their hypotheses regarding this subject matter. Many thought Brandon cheated on Jen, whereas some directly messaged Jen to know the reason.

Jen explicitly told the fans not to pry or ask about this matter but to pray for them. Regarding the rumors of Brandon cheating on Jen, no evidence has come to light, and they are all baseless theories.

Who is Brandon Hatmaker?

Brandon Hatmaker is a graduate of a Catholic institution known as Oklahoma Baptist University. This was the same place where Brandon met his ex-wife while he was studying arts. Though Brandon has thousands of fans, this would not have been possible if he and Jen had not married.

Today, the world knows Brandon as the star of My Big Family Renovation and the co-founder of one of the finest churches in Texas. Brandon is also the pastor at Austin New Church.

However, Brandon’s actual profession is a social entrepreneur, and he is currently the Co-Founder of The Legacy Collective, where he uplifts non-profit and for-profit businesses. Similarly, for ten years, Brandon worked as an author at Harper Collins College Publs.

Jen Hatmaker has not made her wealth publicly available. However, various sources claim that Jen whoops in a net worth of $2 million as of 2021. Let us look at how Jen makes such an outstanding earning.

First of all, Jen makes a living based on her love for Christianity. Jen makes a considerable profit by co-founding Austin New Church with 240 guests in its total capacity. Most people donate massive amounts to Jen’s church. Jen serves as the church’s board member with her then-husband.

Besides books, Jen also sells merchandise, including ‘She is Free’ and ‘She is Fierce’ t-shirt and mask collections where prices range from $5 to $10.

Lastly, Jen has her podcast and makes guest appearances on media as well as in churches.

In 27 years of marriage with Brandon, Jen had three biological children. These children were Sydney, Gavin, and Caleb. Looking at Jen’s Instagram posts with her children, it is safe to say that she loves them all equally. Whenever someone points out against her children, Jen is quick to defend them whenever necessary.

Talking about Jen’s biological children, they are maintaining a low profile at the moment. But Jen’s eldest daughter, Sydney, made the headlines when she revealed herself as gay.

Sydney Hatmaker is a graduate of the University of Texas. She revealed her sexual interest after 20 years of realization. The best part is that Jen Hatmaker is very supportive of Sydney’s decision. However, being a third gender, Sydney often faces backlash from the crowd.

Gavin Hatmaker is another handsome son that Jen raised. Gavin, a Texas Tech University pass out, got his credentials in Natural Resource Management, including Wildlife Management. Currently, Gavin is the foreman at Silverhorn Ranch, where he looks to build ranches, wildlife preserving grounds, lab tests, etc.

Similarly, the Hatmaker couple adopted two orphans from Ethiopia. They were Remy and Ben, whom Jen and Brandon adopted when they were five and eight respectively.

Moreover, Jen is a strong vocalist who acts against racial inequality. This is why Jen raised two black children as a message to remove racial disparities. According to Jen, it is up to everyone in growing up the younger generations with proper values to discard racism once and for all.

Not only adopted, but Jen and her ex-husband did well in providing them with a good education in Texas.

Altogether, Jen is the mother of five children, or in her words,