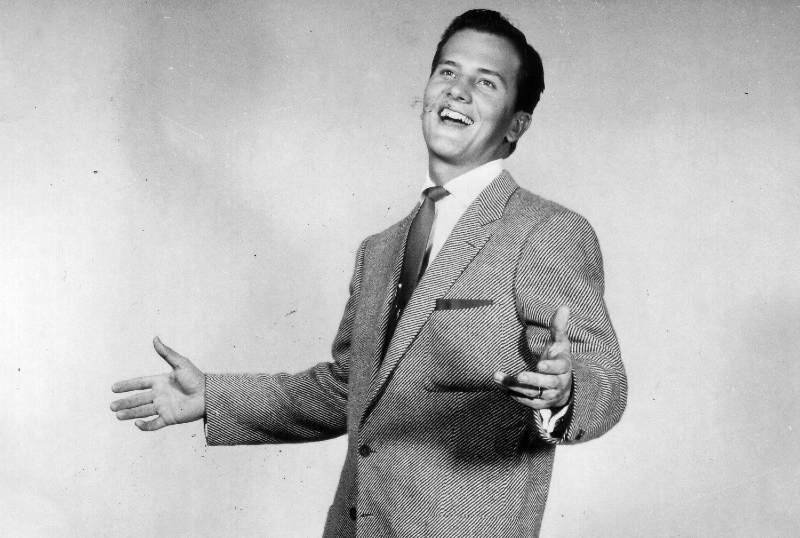 Pat Boone is a famous television personality and motivational speaker. In addition, he also dabbles in singing, acting, and composing. As a pop singer, his records sold over 40 million copies in the 1950s. He was second to Elvis Presley in terms of popularity at that time. Boone starred in over 10 movies in Hollywood.

Pat Boone as a Religious Man

Pat Boone went through a phase in his life in the 1960s where he drank and partied too much. This almost ruined his relationship with his wife Shirley Foley. During this difficult time, Shirley entered the Charismatic Movement, and she convinced Pat Boone to join her. Their entire family joined the Inglewood Church of Christ. This was the start of Pat’s journey as a Christian.

In 1964, Pat Boone, together with other famous personalities, joined the Project Prayer rally in Los Angeles. The rally aimed to convince the US Congress to allow school prayers once again. Praying in US schools was removed in 1962 after the Supreme Court ruled it as contradictory to the Establishment Clause stated in the First Amendment in the American Constitution.

In the 1970s, Pat and his family conducted Bible studies for famous personalities such as Priscilla Presley, Doris Day, ZsaZsa Gabor, and Glenn Ford. At this time, the Boone family joined The Church On The Way, an affiliate of the Foursquare Gospel Church.

The death of Pat Boone has been rumored many times in his career. But the truth is that the religious actor is still alive and doing well health-wise. He prefers to enjoy a quiet life at his advanced age.

The net worth of Pat Boone is $50 million as of 2021. He has accumulated this fortune from the millions of records he sold at the peak of his singing career. Part of his fortune is from his earnings as an in-demand actor in the 1950s. He has starred in numerous movies throughout his entire career. Pat Boone still does concerts from time to time, and they are always packed with his loyal fans.

Boone married his high school sweetheart Shirley Foley in November 1953. They were both 19 years old when they wed. Pat and Shirley remained married until her death on January 11, 2019. She acquired vasculitis in 2018, which caused the blood vessels to become inflamed. In less than a year, her condition progressed at an advanced rate. She eventually died from complications caused by her disease.

Shirley Foley Boone died in the arms of her family in the home she and her husband Pat have lived in since 1960. She was 84 years old at the time of her death. Pat still lives in their Beverly Hills home with his dog and a housekeeper.  He has no plans of leaving the house that Shirley decorated and where their kids grew up.

Shirley Boone was also a singer and actress but was not as popular as her husband. The country music legend, Red Foley, is her father. Her mother is Judy Martin, who was also a singer. Shirley is known for her Christian ministry and advocacies. The late wife of Pat Boone is the founder of Mercy Corps, an organization that aimed to alleviate hunger in different parts of the world. The multi-million international organization had a humble beginning at the Boone residence in Beverly Hills and has grown substantially through the years.

Pat Boone and his wife Shirley had four children, all of them are girls. The names of their daughters are Cheryl Lynn, Linda Lee, Deborah Ann, and Laura Gene. Several grandkids and great-grandkids have been added to the Boone brood through the years.