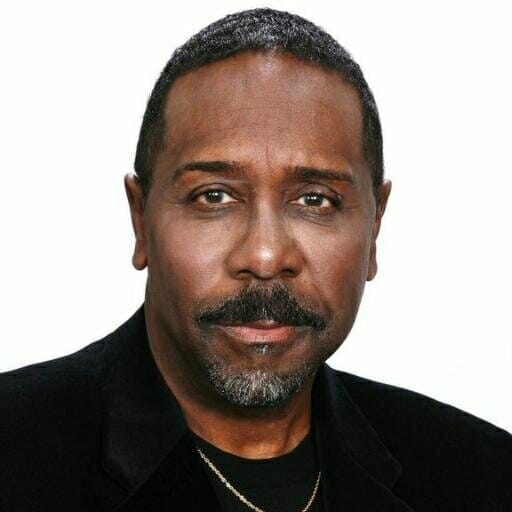 Born to a dietitian mother and a tailor father in Valdosta, Demond Wilson has become one of the polarizing figures as he progressed through in life.

The once famous catholic actor made headlines when he became a full-time religious preacher. A bold decision like this originated through various events that Demond went through in his life. Thousands of Demond’s followers are eager to learn more about this individual’s story.

Demond Wilson as an Evangelist

A prominent actor like Demond Wilson found his connection with the spiritual world during the midst of 1982. It was the time when Wilson’s life was on the brink of turning upside down. When he was a drug addict and his wife suffered from ill health, Demond realized that his wealth did not do any good for his family.

Demond prayed to Jesus to turn his life into a new direction, starting by healing his wife. Since then, he has found an obsession with his newfound beliefs in Christianity. Following that incident, Demond gave priority to his health and found peace in listening to ministerial counseling and giving one. This was the point in life when Demond became an evangelist.

Also, Demond explicitly told the media that the old money-minded devil within him is gone. As of now, Demond does not smoke or drink. Instead, he holds a Bible in his hands and only thinks of preaching.

Demond traveled across states to preach in different churches, including the Pentecostal church in Los Angeles and Ephesian Church. Likewise, Demond has also appeared in Bible-based shows like Praise The Lord, The Measure of a Man, and Faith Ties.

Hence, it is safe to say that Demond as an evangelist, prefers to preach in front of hundreds of people in auditoriums and churches.

How Old is Demond Wilson?

The veteran preacher, Demond Wilson, met the love of his life 48 years ago from today. However, the whereabouts of Cicely Johnston and Demond’s initial meeting is still under review. Demond met Cicely when she was still a struggling actress.

After dating for a long time, Cicely tied the knot with Demond Wilson on May 3, 1974. Indeed, Demond’s wedding ceremony was a quiet one, so the media were not aware of it. Likewise, only close family members and friends attended Demond’s wedding with Cicely.

In nearly five decades of their marriage, Cicely and Demond have experienced highs and lows. Though marriage with Demond gave Cicely a luxurious life, she also suffered from her husband’s infidelity. In the past, numerous cheating scandals were surrounding Demond Wilson, to which he agreed to cheat his wife. However, even though Demond had extra-marital affairs, Cicely quietly accepted it and stuck with her husband. Moreover, she helped Demond fulfill his desire to become a preacher.

At the moment, the Wilson family resides in Wilson’s house in Orange County.

Perhaps out of absolute passion, Demond had a total of six children with Cicely. All of the Wilson children have become full-grown adults by now. Just like most things about Demond’s wife, his kids’ identity is also kept under wraps. However, a source found out that Demond has four girls and two boys. They are Nicole, Melissa, Sarah, Christopher, Desmond Jr., and Louise. Every one of them has taken a different route in their career.

One of Demond’s sons, Christopher, was a player at plays Little League baseball and soccer. Likewise, his daughter, Sarah, is a writer and actress. Not just Sarah, but Nicole Alton Wilson, another daughter of Demond, also works in the entertainment industry. Nicole’s fans recognize her for her work in films like The Criminal Kind and The Spirit That Guides Us. Also, Melissa Wilson is finding her passion in politics.

The reason Cicely got the attention of the world was due to her marriage to Demond Wilson. Even after gaining fame and recognition, information is available on Cicely is scarce. As a result, Cicely’s age, parents, education history is all a mystery. Nonetheless, Cicely is a black American woman with African roots. Today, she holds a fortune of $1.2 million and lives a luxurious life with her husband.

Before meeting Demond, Cicely had a challenging life. Reports claim that Cicely used to work as a stewardess to make her daily ends meet. Challenged by financial reasons, Cicely tried her fair share of hands-on modeling career while also working as a stewardess.

Apart from being a celebrity spouse, Cicely had done everything she could to be a famous icon all by herself. Little do people know that Demond’s wife was an actress who played significant roles in various movies. One of Cicely’s notable works was in Caged Heat (1974).

After marrying Demond, Cicely has quit her previous professions. Since Cicely prefers a private life, nobody knows what she is up to now.

As a former actor, author, and pastor, Demond Wilson’s profession has brought him a wealth of $1.5 million. The former actor of Sanford and Son brought immense wealth and fame to Demond Wilson. In ABC’s The New Odd Couple, Demond’s stint saw him make $40,000 a week for one season.

Previously, Demond owned a sizeable 27-room house embellished with antique designs all over the place in Beverly Hills. Apart from this, Demond had also bought a Condo in Century City worth $750 grand.

Demond Wilson, a former actor who retired in 2005, is alive and well in 2021. However, Demond had a significant health scare in the past. Years ago, Demond was a drug addict. His addiction went off-limits when one day, Cicely was severely ill and had to be hospitalized.

At that time, Demond was isolated from his wife, friends, neighbors, and family as he and Cicely lived in their luxurious house far away. Being lonely, Demond would spend $1000 a day only on cocaine. This had not only damaged Demond’s health but his wealth as well. Demond’s addiction to drugs almost cost his life on numerous occasions. However, with the help of doctors and his wife, Wilson is now rehabilitated.