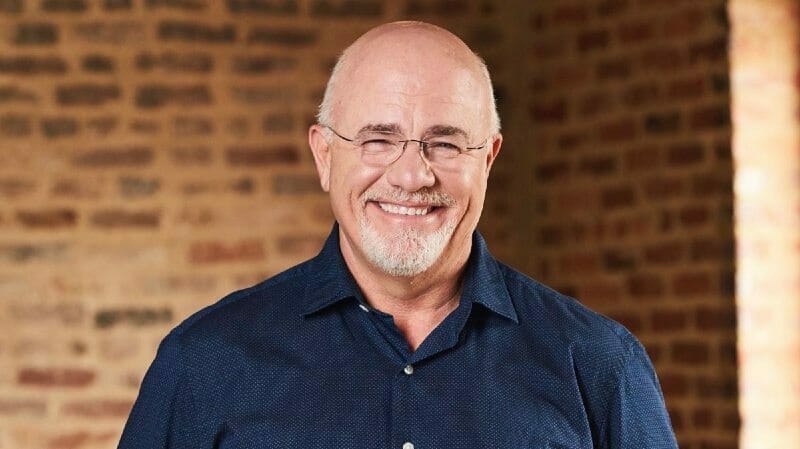 Dave Ramsey is a popular financial advisor and a businessman. He is an expert in finance and host of the famous radio show ‘The money game.’ His full name is David Lawrence Ramsey III, and he was born in Tennessee on Dec 3, 1960. The 60-year-old is a Virgo.

Furthermore, the businessman has an impressive net worth of $55 million and lives in Tennessee, Franklin, with his family. However, some sources claim that Dave has accumulated a hefty $100 million.

Dave Ramsey is Married to His Wife, Sharon Ramsey

Dave married Sharon Ramsey in 1982. Since then, the couple is devoted to each other and gave birth to three beautiful children. When they were newly married, they made a huge investment in the stock market. But due to some unforeseen conditions, the couple lost over $3 million and filed for bankruptcy. The loss was so devastating that it took them almost a decade to get back on track. Additionally, as they were just married, it was very disheartening.

Dave and Sharon started making adjustments to their life. Sharon sometimes felt guilty for being just a housewife. However, someone had to look after the kids. So the couple went on a new journey of inspiring people, sharing what they were learning about finance every day. Pretty soon, their well-deserved success came to them, and they were millionaires again.

Dave and Sharon Ramsey share three children. They have named the two daughters Denise and Rachel and their son Daniel.

The daughters of Ramsey’s are just as hard-working as their parents. When Dave published his first book Financial Peace, it rose to popularity in no time. Denise took the responsibility to conduct Financial Peace programs at Universities. There, she guided people on how to attain financial independence. Denise also shared ideas for clearing debts, saving, and donating. Additionally, Denise plays a crucial role in the Ramsey Family Foundation. She is the primary speaker at many events.

Speaking of Rachel, she stepped in her parent’s footsteps. She owns a blog where she shares her journey and knowledge on budgeting, financial independence, marriage, and parenting. Furthermore, Rachel is also a New York Times author with a best-seller book and a popular podcast host. She has her own ‘The Rachel Cruze show’ and also a podcast version of it.

Daniel is the youngest child of the couple and has a crucial role in the family business empire. He is the senior vice president at the Financial Peace program, tasked with membership works. Like everyone in the family, Daniel is also active in sharing experiences and guiding other people. He attended the University of Tennessee and completed his graduation in 2018. Furthermore, Daniel has a wife named Allison Porter Field. The couple exchanged wedding vows in 2018.

Sharon Ramsey is a finance expert. She has spent most of her life teaching and helping people get out of the rat race and become financially independent. After the couple lost everything in the early years of their marriage, Shannon co-authored their best-selling book, Financial Peace. She was born in 1960 and celebrates her birth anniversary in February. The 61-year-old is a firm believer in God and religion.

Sharon loves cooking for the family and also handles the budget. She has accumulated almost two thousand followers in her Twitter account. Furthermore, she guides people on how to manage financial stress that arises in a marriage. Shannon lives in Tennessee, Franklin, with her husband and family.