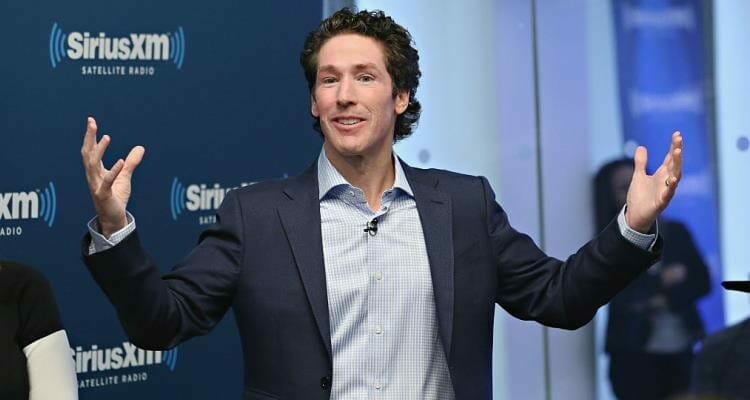 Joel Osteen is a famous evangelical and a pastor. He is the son of the founder of Lakewood Church, John Osteen. In 1999, after John’s death, Joel took over as a pastor. The followers quickly submitted to his charm and loved his preaches. Under his leadership, the Lakewood Church broadcasted its preaching in more than a hundred nations. Know if Joel Osteen is divorced.

This article provides insights on rumors about Joel Osteen. This includes his divorce controversy and gay stories.

Joel exchanged wedding vows with Victoria in 1987. The couple has been married now for more than three decades. Furthermore, they also introduced three lovely children to this world. So, are his divorce rumors true?

It turns out they are just rumors. The couple adores each other. The rumors of their divorce aren’t anything new. Thus, Joel Osteen is not getting divorced. In fact, they have been surfacing for thirty years.

Both Joel and Victoria confirm their love for each other and don’t shy away from accepting it publicly. Victoria helped Joel to grow the Lakewood Church and is also a member of the Women’s Ministry. They have helped a lot of people, and their love is evident even to outsiders. Therefore, we can safely confirm that the divorce rumors are false.

Whenever possible, Joel tries not to talk about controversial topics. However, in an interview on the show ‘Larry King now,’ he spoke on homosexuality. Larry inquired Osteen about his thoughts on gay marriage and homosexuals. Osteen mentioned that the scriptures call it a sin. However, he also added that he is not speaking against anybody. And he said that since we don’t know about the cause of homosexuality or heterosexuality, we cannot say for sure.

Furthermore, Joel says he is not against Gay marriage. He also admits that the scriptures don’t agree, and his faith isn’t built on that. But still, the pastor says it’s something he does not understand and would rather not talk or preach about it.

Osteen Refuses the Invitation from the Gay Group

Jay Baker, a high-profile supporter of the LGBT community, once invited Joel to a picnic. He wanted Joel to eat among the non-traditional families and invite them to the Lakewood Church on Sunday. Jay’s mother had died the previous year due to cancer. She was a massive image in the LGBT society, so Jay wanted to spend the mother’s day weekend that way. Jay had views that not speaking in favor of the LGBT community was equivalent to oppressing it. The supporter of Soulforce (a community formed for the welfare of LGBT) also went to the Lakewood church in hopes of meeting and inviting the pastor personally.

However, his plans didn’t impress Joel, who had a sermon to prepare for Sunday. Jay had sent the letters to six high-profile pastors, and Joel was one of the two who didn’t answer his letters. As a result, the Lakewood Church rejected the nationwide fellowship effort. Furthermore, they thought it was simply to further their agenda of the community.

Joel Osteen once had an interview with the Huffington Post. There the host pressed him on his changing views on the gay community. In a book that Joel had recently published, the pastor wrote that God loves us all, in every form and faith. He also noted that God accepts and approves of all, even if nobody likes them. The host asked Joel directly if the LGBT community was also involved in the narrative. The pastor agreed to the host. Furthermore, he also added that he didn’t spread hate and put other people down. And he firmly believes that God approves of all indifferent to gender or race.

Joel Osteen is not Gay. Even though he approves of Gay marriage and thinks God accepts everyone, he is a straight person. There are many instances where the pastor left his views in favor of Gays and Lesbians. But he has a beautiful wife and children. Furthermore, the evangelist has married twice in his lifetime. He approves of the gay community and thinks they too have a place in society, even though the Christian scriptures believe it’s a sin. However, this doesn’t necessarily make him a Gay. Joel’s gay rumors are just rumors.