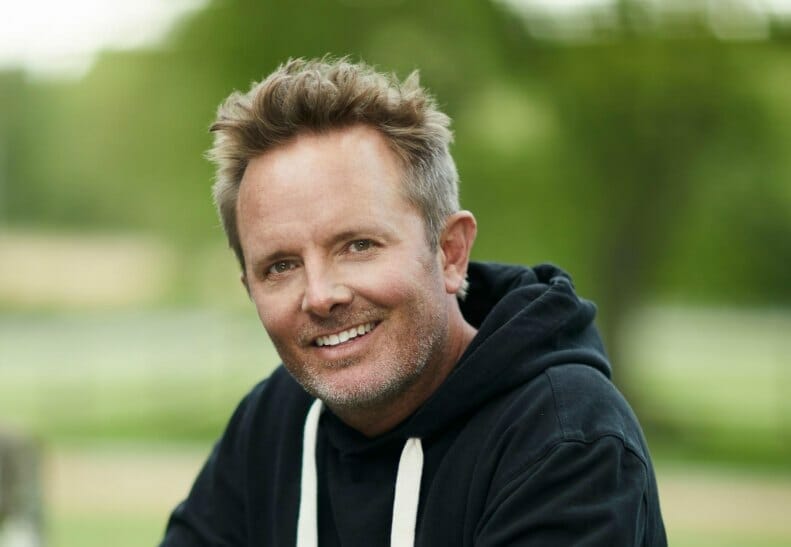 Chris Tomlin is an American artist and a worship leader. He was born on May 4, 1972, in Texas, United States. The singer is recognized worldwide for his hits How Great is Our God, Whom Shall I Fear, and Our God, among others. Furthermore, the research data have shown that Tomlin’s songs are sung in stages more than 3 million times.  In 2015, Chris got the GMA award for his Worship track.

The singer/songwriter has won many such awards during his career. But the highlight of his career remains the Grammy award he won in 2012 for the best Contemporary Christian music album. Additionally, he also reclaimed the award in 2017.

The singer started his career in 2001 with the song The Noise We Make, which hit the charts pretty well. In this blog, we emphasize mainly Chris Tomlin’s career as a worship leader, net worth, and his wife, Laura Bricken.

Chris Tomlin as a Worship Leader

At the start of the 90s, the singer attended a University in Texas to pursue a career in Medicine. However, there was a Christian group in the college that caught his attention. The group ‘Breakaway’ was an active Christian committee in the college, and Chris became a crucial part. Moreover, he took Bible lessons with Louie Giglio. The teacher was the leader of ‘Choice,’ a religious group at a University in Waco. While taking lessons, he became the leader of the Breakaway group in the University.

With his gift of musical abilities, his humble and devoted nature, and most importantly, his love for the Church and God, Chris became an influential and loved Worship Leader. Moreover, his biblical knowledge and praise for the creator gave him the strength to lead people to adore, praise, and thank the almighty during the worship.

Chris is recognized worldwide for his exceptional songs. The singer makes $500 thousand to $1 million by selling a single album. To date, Chris has released fifteen albums. Furthermore, the royalties from his music by the streaming sites and ticket sales also generate his decent profit. The songwriter has been to multiple countries and performed in some of the most pristine locations throughout his singing journey. To date, Chris has more than seven million-copy sales of his records and albums.

The singer has a net worth of over $3 million in 2021. Furthermore, he has built himself a respectable asset column because of his evergreen songs. Chris has 1.1 million followers on Instagram, 1.2 million on Twitter, and over 3 million on Facebook.

Chris is a husband and a father who married his girlfriend, Lauren Bricken, on November 9, 2010. Since then, the couple introduced three lovely children to this world. Chris had been dating Lauren two years before their marriage.

Furthermore, the fans and family were very positive and hopeful towards the relationship because Lauren was a devoted Christian and a beautiful lady with hazel eyes. However, the fans and public didn’t know that the couple was engaged before their wedding ceremony in 2010. This is because Chris keeps his personal life away from public attention as much as he can.

Who is Lauren Bricken?

Lauren Bricken is the wife of the famous singer Chris Tomlin. Moreover, she is a makeup artist and a mother. The blonde currently lives in Franklin, Tennessee, with her family. She is an American citizen with a white/ Caucasian ethnicity.

Chris and Lauren share three children. Their firstborn, Ashlyn Alexandra Tomin, was born in 2011. The singer announced the pregnancy of his wife after some months of their marriage. As a result, just after a year, the couple was blessed with a baby daughter. Furthermore, Chris and Lauren welcomed their second child three years after their first one. The baby Madison Amore Tomlin came to this world on October 7, 2014. The couple didn’t have another child for a long time. Moreover, there were controversies that they wouldn’t have another one.

However, on December 14, 2020, Lauren gave birth to their third baby daughter. The couple was ecstatic, and Chris wrote some beautiful lines on his Social media handle for the baby. Chris is very active on his Instagram and occasionally shares pictures of his wife and baby daughters.