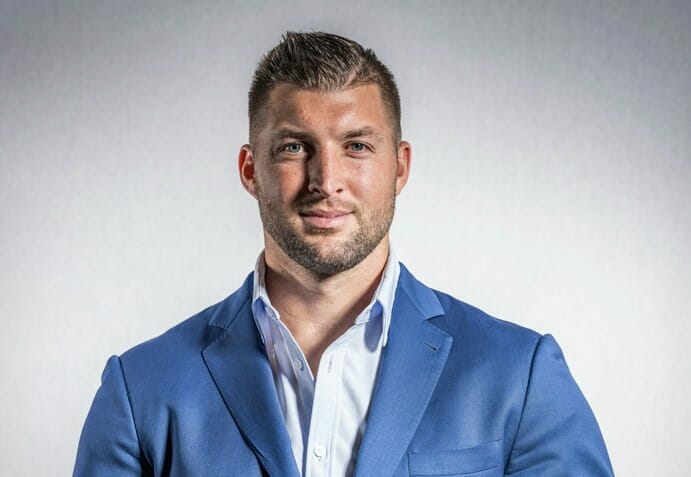 Tim Tebow is a professional footballer and a former professional Baseball player. He is of white ethnicity and lives in America since birth. The two times national champion rose to fame after he tied the knot with Miss Universe 2017 Demi-Leigh Nel-Peters. Additionally, the 33-year-old footballer has a net worth of $5 million in 2021. Know more about the wife of Tim Tebow here. Read this to know

Who is Demi-Leigh Nel-Peters?

Demi-Leigh won the Miss Universe pageant competition in 2017. She has brown hair and hazel eyes. After being crowned as the Miss South Africa 2017, she was qualified to compete for Miss World and Miss Universe titles. So Nel went on to win the latter. She was born in a small town in Western Cape, South Africa.

Nel spent her early life with her parents, Bennie and Anne Marie. Furthermore, she had a disabled half-sister who passed away in 2019. According to the model, her sister was her biggest inspiration for a fighter’s mindset.

She attended the local school and later went to Northwest University to study Business Management and Entrepreneurship.

There, she completed her bachelor’s and started to work part-time as a model. Boss Model hired Nel, and there she learned a lot about the industry. Furthermore, she also worked for Vision Management Cape Town.

In early 2017, Nel competed in the national beauty pageant for the title. Additionally, she was also awaiting her graduate degree at the same time.

The gorgeous model graduated in March 2017. And just after a few days, she was titled Miss South Africa 2017. Nel is one of the two Miss Universe winners from South Africa.

Moreover, she is fluent in two different languages and advocates for women’s empowerment. In Miss Universe, she expressed how employers provide much less to women for the same work.

Furthermore, she added that the most important quality for a woman is to be confident in herself. The beautiful model also conducts self-defense classes throughout South Africa and has been to various countries to spread her cause.

In 2018, Demi-Leigh Nel-Peters attended an event named ‘night to shine.’ There she met the professional footballer Tebow.

The pair started dating after that night and soon became a topic of interest among many fans. While many thought that the relationship wouldn’t last long enough, the couple proved them wrong. Tim Tebow proposed to his future wife in January 2019.

The couple was in Florida then, and Demi accepted the proposal. After a few days, on the 9th of January, the couple got engaged. The engagement was held on a family farm that Tebow owned in Florida.

The engagement was held in the US. However, the couple exchanged wedding vows in South Africa. After a year, on Jan 20, 2020, Tebow married Nel at La Paris Estate in Franschhoek. Nel wore a stunning white sleeveless gown designed by David’s bridal for her wedding.

Nel’s net worth is above $5 million in 2023. Her primary income is made by endorsing many reputable brands. ‘Pretty Little Thing’ and ‘Muca Skin Care’ are some of the brands she endorses. Furthermore, the model has 1.5 million and 316K followers on Instagram and Facebook, respectively.

Demi-Leigh was born to Bennie Peters and Anne Marie Steenkamp. Her mother, Anne Marie, is her biggest supporter and motivator.

When Nel won the Miss Universe title, she was the first to receive her. Anne waited for her plane to arrive for hours at Johannesburg’s airport and warmly welcomed her. The pain of not seeing her daughter for a year clearly showed on her face.

Demi also has step-parents Johan Steenkamp and Elzabe Peters. She considers herself lucky to have so many role models and supporters.

Her step-sister Franje was born with ‘Cerebellar agnesis.’ It’s a type of disability that removes one’s ability to control vital movements and affects the left part of the brain.

Furthermore, Franje passed away in 2019, and Demi wrote a touching message for her beloved sister on her Instagram handle.