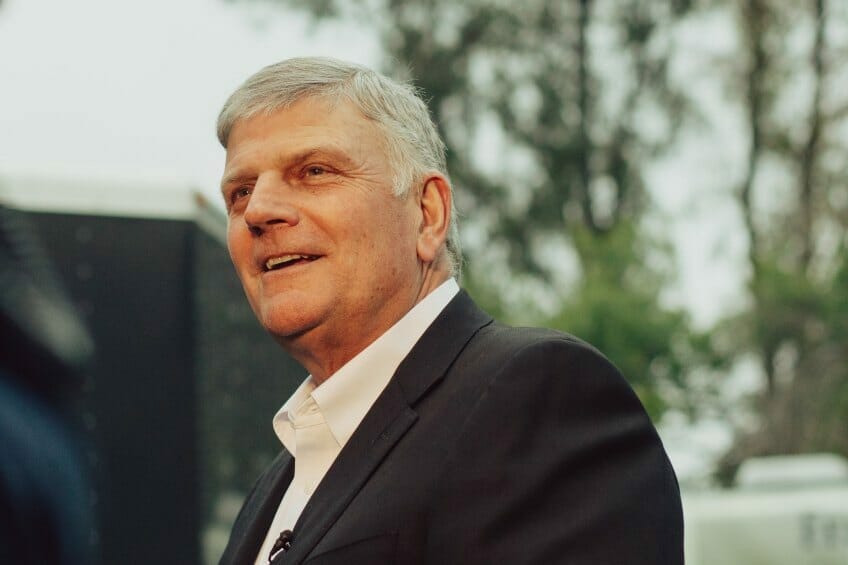 Franklin Graham was born William Franklin Graham on July 14, 1952. He is a respected missionary and evangelist in the United States. In addition, Franklin is working in his father Billy Graham’s organization Billy Graham Evangelistic Association, and The Samaritan’s Purse as the president. Franklin was baptized as a Christian in 1974. Eventually, he became a pastor in 1982.

Franklin Graham Net Worth and Salary

The net worth of Franklin Graham is at $12 million as of 2021. He earns over $600,000 from Samaritan’s Purse and another $300,000 plus from Billy Graham Evangelistic Association. The evangelist also earns from his speaking engagements. He is a respected public speaker. And often gets invited as a speaker at conferences and other venues. In addition, Graham is also an accomplished author. He gets revenues from the earnings of his published books. As of today, he has more than fifty books in circulation.

Franklin Graham is the president of Samaritan’s Purse. Samaritan’s Purse was first established in 1970. It had been operating for more than 50 years. They are an evangelical Christian group that provides aid to those who are in need. They send help to the victims of wars and natural disasters. The organization also aims to alleviate poverty and famine in some third-world countries. Samaritan’s Purse spreads the Gospel while providing food, water, and medicine to the neediest. The organization deploys various teams all over the world.

The BGEA also has a radio show called The Hour of Decision. It has been on the air for over 60 years. In 2011, they launched their online ministry called Search for Jesus. In addition, they have created websites in different languages to reach a wider audience. The organization also debuted the Billy Graham Channel in 2018. BGEA also publishes a magazine entitled Decision Magazine.

The BGEA has also been instrumental in creating other ministries such as the Internet Evangelism Coalition, Lausanne Committee for World Evangelization, and the Christianity Today Magazine.

Franklin Graham is married to Jane Austin Cunningham since August 14, 1974. Franklin Graham first met his future wife Austin Graham when she was just eight years old. Jane was born and raised in Smithfield, North Carolina. After their wedding, they moved to the mountains of Boone in North Carolina.

Franklin was a very busy man while his kids were growing up, so mostly Jane took care of the kids. She took them to school and attended all their important events. However, when Franklin has the time, which is not that often, he takes his kids to travel all over the world. He tags them along on his missionary trips.

Where Does Franklin Graham Live?

Franklin Graham still lives in the mountains of Boone, North Carolina. He and his wife settled thereafter they got married. They have fallen in love with the beauty of the mountains and have not considered moving. Franklin is enjoying a quiet life in the mountains with his wife, kids, and grandkids.